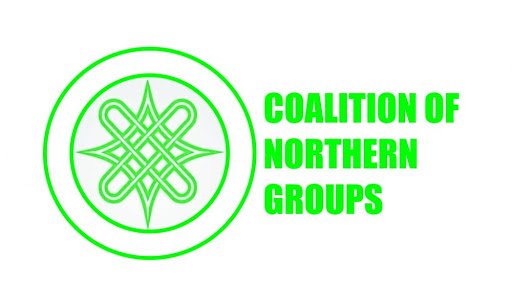 The Northern Group, under the auspices of Coalition of Northern Groups (CNG), have expressed disappointment over the resolutions during the recent emergency meeting of Northern State Governors, Traditional leaders, leaders of National Assembly, Inspector General of Police, SGF and the President’s Chief of Staff, in Kaduna on 1 November 2020.

The Group has described the meeting as grossly misplaced.

The CNG made the statement through its spokesman, Abdulazeez Suleiman, during a press conference convened in Arewa House in Kaduna on Wednesday on the aftermath of the ENDSARS Protests and matters arising.

His words, “The CNG and indeed the vast majority of the cultured northerners are disappointed that such a meeting of northern governors and traditional leaders, elected representatives and top federal government officials from the North should find it more important to dwell on #EndSARS and social media, neglecting the more serious issues of security, youth restiveness, unemployment, poverty, dwindling fortunes of agriculture and general economic decline.”

Abdulazeez argued that the Northern Group should have made the top priority of extending condolences and sympathy to all northern communities that suffered casualties in terms of life and properties, resulting from the recent string of protests across the country.

He expressed disappointment that the Group was being partial in its proclamations amongst other matters.

He said, “We are disappointed that such a meeting should lack the courage to make clear pronouncements on the unprovoked attacks on northerners and their properties at a time when their southern counterparts are proposing claims of trillions of Naira in compensation for their people.”

“We are disappointed that the meeting lacked the requisite statesmanship to define the northern position with regards to the falsified reports around the fictitious attacks on Lekki protesters that is causing the nation international worries.”

Abdulazeez maintained that “it was disappointing that the meeting failed to see as a priority the need to send a delegation to ascertain the extent of damage and to console the affected northerners in the southern states.”

He said, “We are disappointed that the meeting did not have the presence of mind to discuss the necessity of compensating the innocent northerners who were unnecessarily attacked, assaulted, killed, displaced and deprived.”

According to the Group, while hoping that the northern governors and other leaders would rethink the apparent weak position adopted at the meeting and redeem their failure to articulate a more favourable northern position, the CNG said it wished to expressed reservations regarding the two committees set up, their stated functions and the all-important issue of implications.

“In the past, several committees have been variously charged with tasks of recommending the way forward for the region. But regrettably, a lot of the recommendations, viable though, they may be, have characteristically been consigned to the dust bin of history.”

Earlier, CNG revealed that it agreed with NSGF on the need for a quick resolution of the overdrawn ASUU misunderstanding with the Federal Government, and to a large extent, on social media platforms that have been turned into avenues for dissemination of fake and dangerous information.

The Group assured all victims from Northern Nigeria that it would collate information on the circumstances, nature and extent of the negative impact of the protests on them, “and shall within the next few days, come up with a comprehensive framework for ensuring the enforcement of their rights and accruable benefits as well as their future safety wherever they live in Nigeria.”