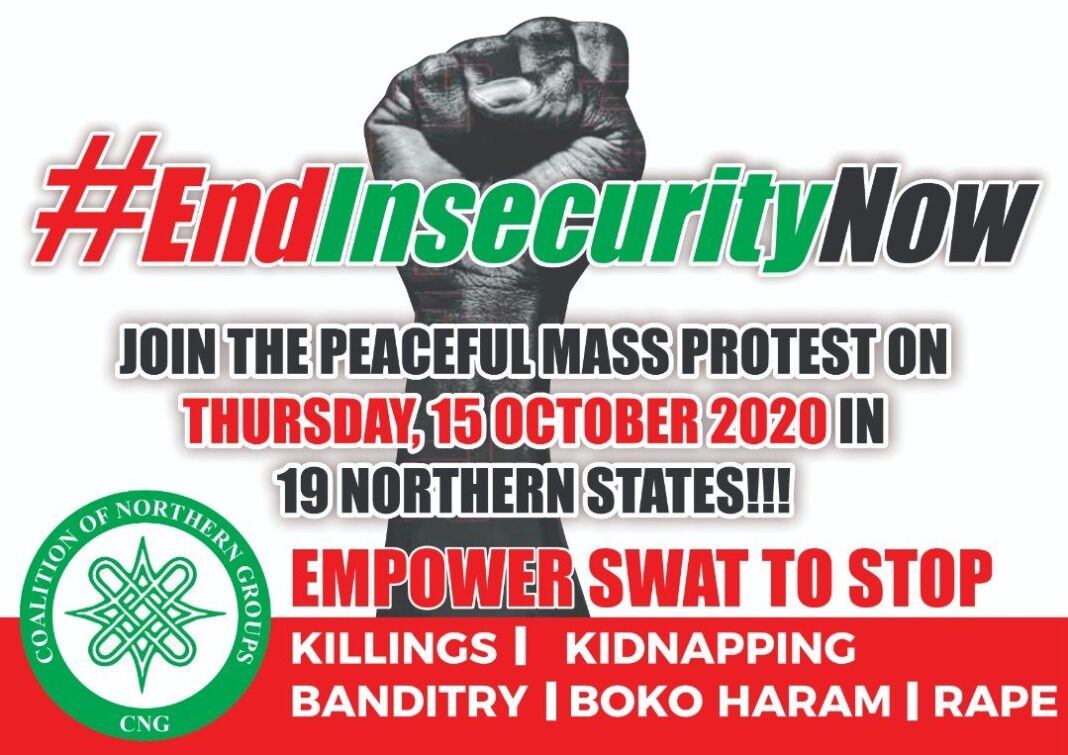 The Coalition of Northern Groups (CNG) has mandated all its state chapters to immediately suspend all protests effective Tuesday 20th October 2020.

This is coming against the backdrop of negative dimensions trailing the #ENDSARS and #ENDINSECURITYNOW protests.

The spokesperson of the Group, Abdul-Azeez Suleiman, disclosed this in a statement made during a press brief.

The statement read, “The Coalition of Northern Groups (CNG) is disturbed by trending reports of vandalization of private and public properties culminating with the raid of the Benin Central Prisons and release of inmates allegedly in the name of the #EndSARS protests.”

“While CNG respects  the rights of people to express grievances by way of peaceful protests within available legal windows, we, however, find it disconcerting that the protests should degenerate into lawlessness and brigandage.”

“Consequent upon this, CNG categorically states that it will neither associate with, nor identify with, nor recognize any movement by any persons, groups or from whichever section or class of the country that portends greater danger to the country or tends to tilt towards the onset of anarchy.”

The Group, while condemning acts of violence during protests, condemned the recent attack on the Benin Prison and urged her members to remain law-abiding.

“In this light, we condemn with all our might, the actions of those who perpetrate criminal acts in the guise of protests anywhere in Nigeria and strongly denounce those who instigate others to commit acts of violence and lawlessness under whatever pretext.”

“We emphatically repudiate the reported raid of the Benin Prison facility and deem any further act of brigandage on police stations, other public and public assets not only immoral and illegal but also condemnable and abhorrent to the nation’s sensibilities and ordinary decency.”

The Group further urged her members across the northern states to “remain decent, orderly and civilized as they peacefully press for action to end the bleeding in the North without molesting, or oppressing fellow citizens and provoking public disorder.”

“#EndInsecurityNow protests must therefore not be seen to cause public fear through traffic disruptions, rampage on private and public assets or involved with provocative utterances, altercations and other forms of indecent conduct.” 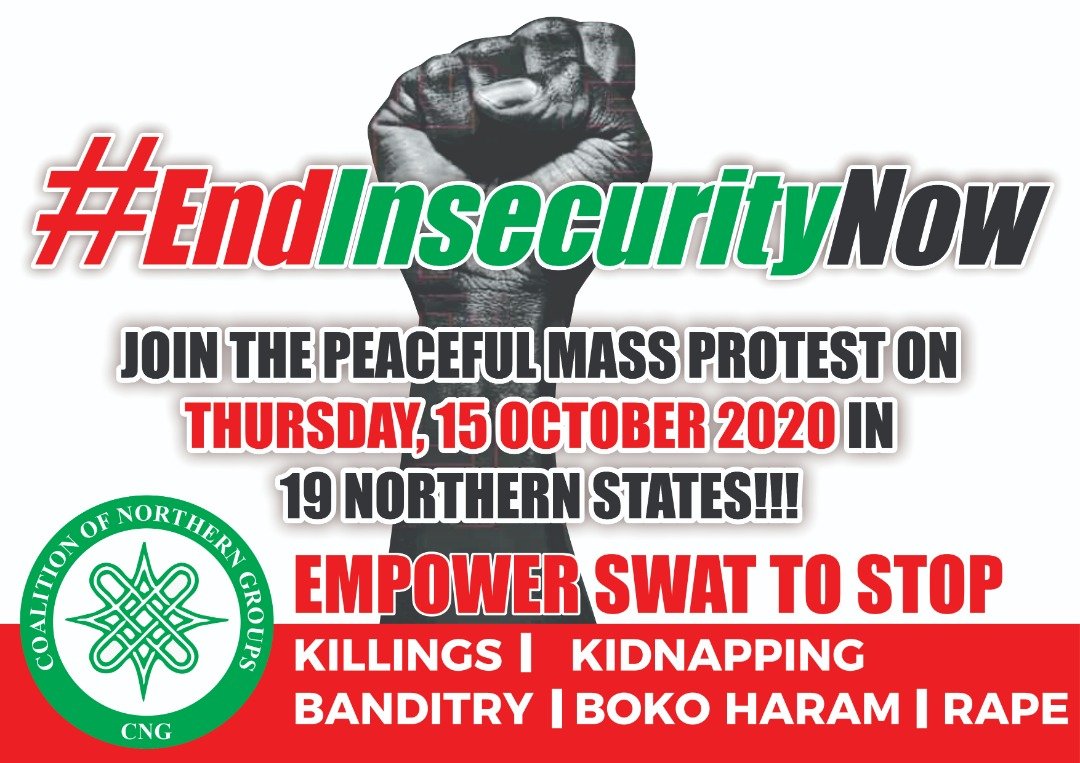 Previous articleENDSARS: 24-hour curfew imposed in Edo State, schools, businesses to shut down
Next articleEndSARS or National Reform? Nigeria at the Verge of Disintegration ~ By Salisu Mubarak Muhammad
- Advertisement -