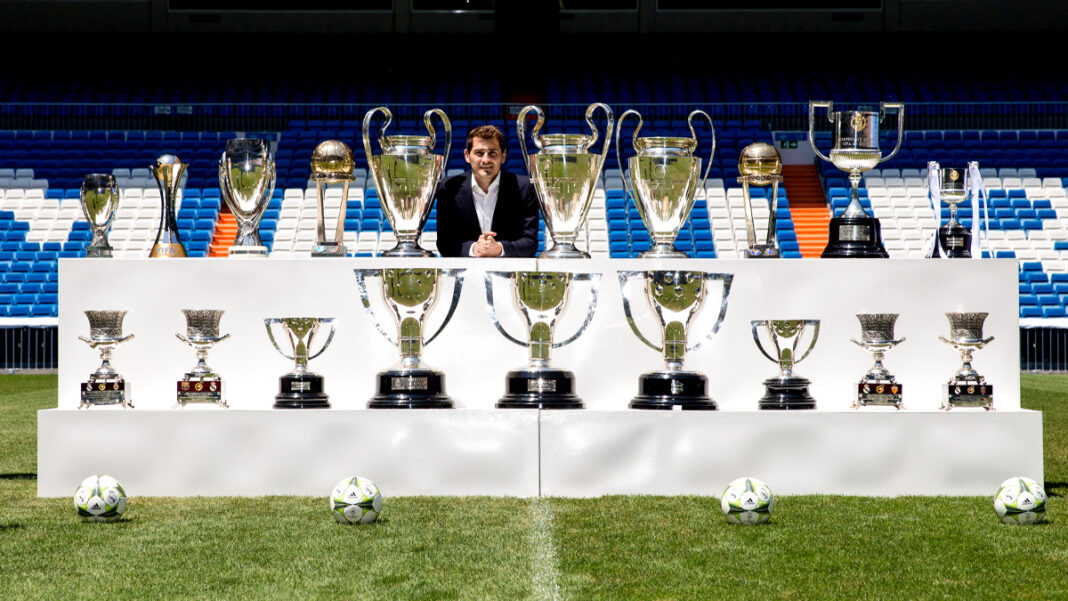 The 39 years old decision to quit the soccer game, was partly influenced by the fact that he has not played for FC Porto which he joined in 2015.

The retired keeper also survived a heart attack in April 2019 which affected his career at the club.

Casillas joined Real Madrid at the age of 9 and has had an illustrious career, captaining Spain to her first FIFA world cup title in South Africa 2010 as well as successive European titles in 2008 and 2012.

In a statement, Real Madrid described Casillas as “The best goalkeeper in the history of Real Madrid and Spanish football… one of the most important footballers in our 118 years of history… Iker Casillas belongs at the heart of Real Madrid and will do so forever. Real Madrid would like to convey to him and his family the love of our club, which is the club of his life.”

Casillas joined FC Porto in the Summer of 2015 and when on to win 2 Portuguese Leagues, 1 Cup and 1 Supercup.

His personal accurate include: the record for most Champions League clean sheets and most clean sheets for the Spain national team, five times in the FIFA FIFPro World XI, and was voted the world’s best goalkeeper five times by the IFFHS.

Casillas announced his decision via twitter when he wrote “The important thing is the path you travel and the people who accompany you, not the destination to which it takes you.

“I think I can say, without hesitation, that it has been the path and the dream destination.”

The Madrid born shot-stopper would forever be remembered as one of the best not only to have worn the white for the Los Blancos or the red for the La Furia Roja, but one of the best to have graced the football field.