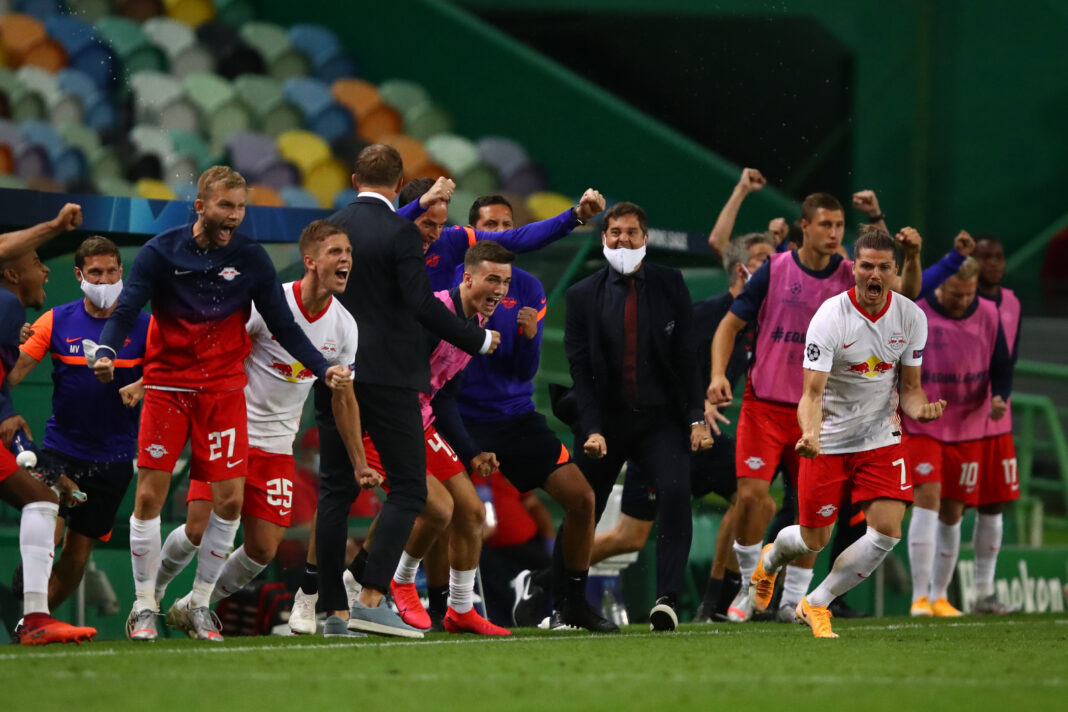 Obviously, Leipzig played their best football last night in a great setup that saw Atlético Madrid get eliminated from the UCL competition.

It was a barren first 45 minutes, but the Spanish international Dani Olmo’s header put the Germans in front.

However, the introduction of £113m Portuguese born midfielder João Felix ignited his Atlético side when he brought them level after he won and converted from the spot.

With extra-time on the horizon, Leipzig came up a winner, thanks to the strike by their own substitute Tyler Adams. His first goal for Red Bull in what was his 28th appearance in all competitions for the club.

The win means that Leipzig is through to the semi-final for the first time in their history and their manager, Naggelsman has become the youngest manager to lead a team to the Champions League semi-final.

It’s a big blow for Atlético who has been knocked out of the Champions League knockout stage for the first time by a team without the services of Christiano Ronaldo.

The Madrid club has now failed to progress against a German side in the Champions League knockout stages for the first time, getting through on all three previous occasions.

Speaking after the game, Julian Nagelsmann said “We’re very happy and I’m so proud of the group”.

*We defended with a lot of passion and were the better team against a very good and experienced side. We were brilliant”.

Red Bull Leipzig and Julian Nagelsmann’s will now confront French side Paris Saint-Germain for a place in the final on Tuesday night.