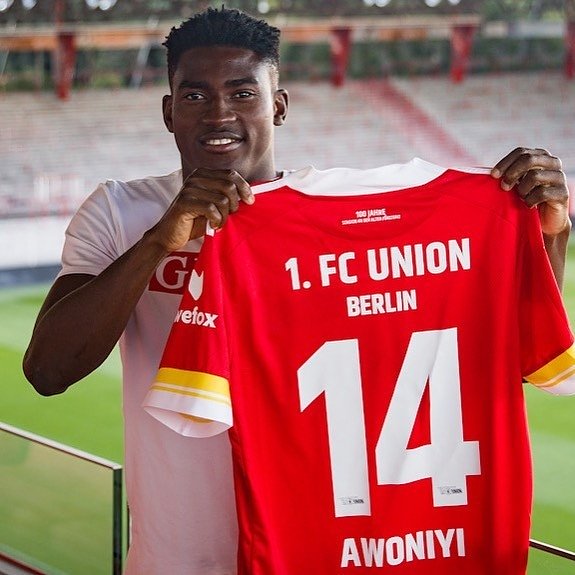 The deal was announced by both clubs on Saturday

Awoniyi would spend the season in Germany, making it his seventh loan spell since signing for the Merseyside based club.He has gained valuable experience having previously played in Belgium, Netherlands and Germany.

The 23-year-old signed for the Liverpool in 2015 after winning the 2013 edition of FIFA U17 World Cup with Nigeria.

The Kwara-born attacker spent the last season at Mainz, where he scored a goal in 12 league appearances.

He has previously represented FSV Frankfurt, in Holland at NEC Nijmegen and in Belgium with KAA Gent and Royal Mouscron.

Awoniyi who would wear the Jersey number 14 for Union Berlin, said at his unveiling ceremony, “I’m looking forward to a new home and the task at FC Union Berlin.”

“Mainz was my second stop in Germany after Frankfurt, and last year, I was able to prove myself in the Bundesliga for the first time.”

“At Union, I want to take the next step, play as much as possible, develop and help the team to stay in the league”, he said.

The Berlin-based club will hope that the arrival of the former Nigerian youth international would add the much-needed spark to their front line, having lost their first Bundesliga game of the 2020/21 season.