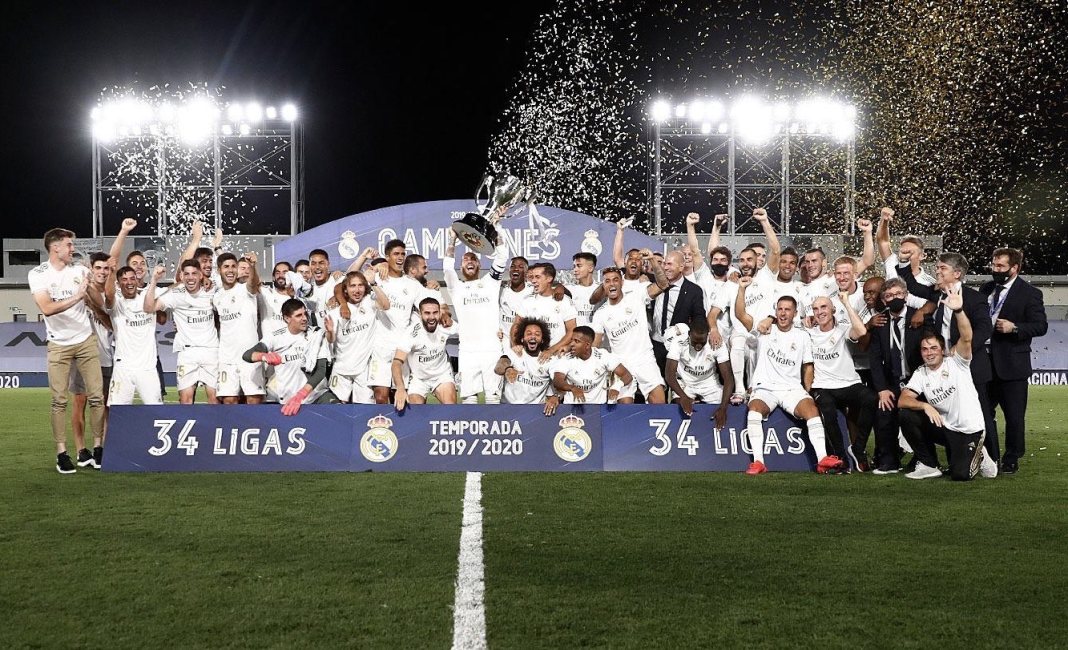 Real Madrid has won a record 34th La Liga title after their astonishing 2-1 victory over Villarreal on Thursday night, securing the title with a consistent run of 10 successive victories since the game resumed last month.

The win secured the Los Blancos’s 3rd league title in 10 years, and the victory represents a significant turn for the team.

With one game to go, Madrid wrapped up the title in front of an empty Alfredo Di Stefano Stadium, when Karim Benzema fired home from close range in the 29th minute. The team got the night’s 2nd goal when Captain Sergio Ramos was brought down in the box.

As it had been all season, Ramos who has netted 6 of his 10 goals from the penalty spot, stepped up to take the kick but then decided to pass the ball to Benzema who scored, but the penalty was disallowed.

Benzema then took charge of the retake and converted from the penalty spot, thus securing his 21st La Liga goal of the season.

The Yellow Submarines got a late consolation, but it was not enough to stop Madrid who would still have won the title even if they didn’t win because Barcelona their closest rivals lost at home to Osasuna.

Speaking after the game, Captain Sergio Ramos took time to shower praises on the Club’s Manager, Zinedine Zidane, stating that “anything he touches turns into gold. We hope he stays for a long time. He is unique.”

When asked how it felt to be crowned champions of Spain, Zidane responded, “Today is one of the best days for me as a professional, after everything that has happened, the three-month break, it is fantastic what has been achieved”.

Zidane is the only Real Madrid manager to win La Liga since 2011.

The Spanish Champions will presently shift their attention to the UEFA Champions League. They will travel to Etihad on August 7th to face Manchester City and is hoping to turn around their 2-1 deficit from the first leg. 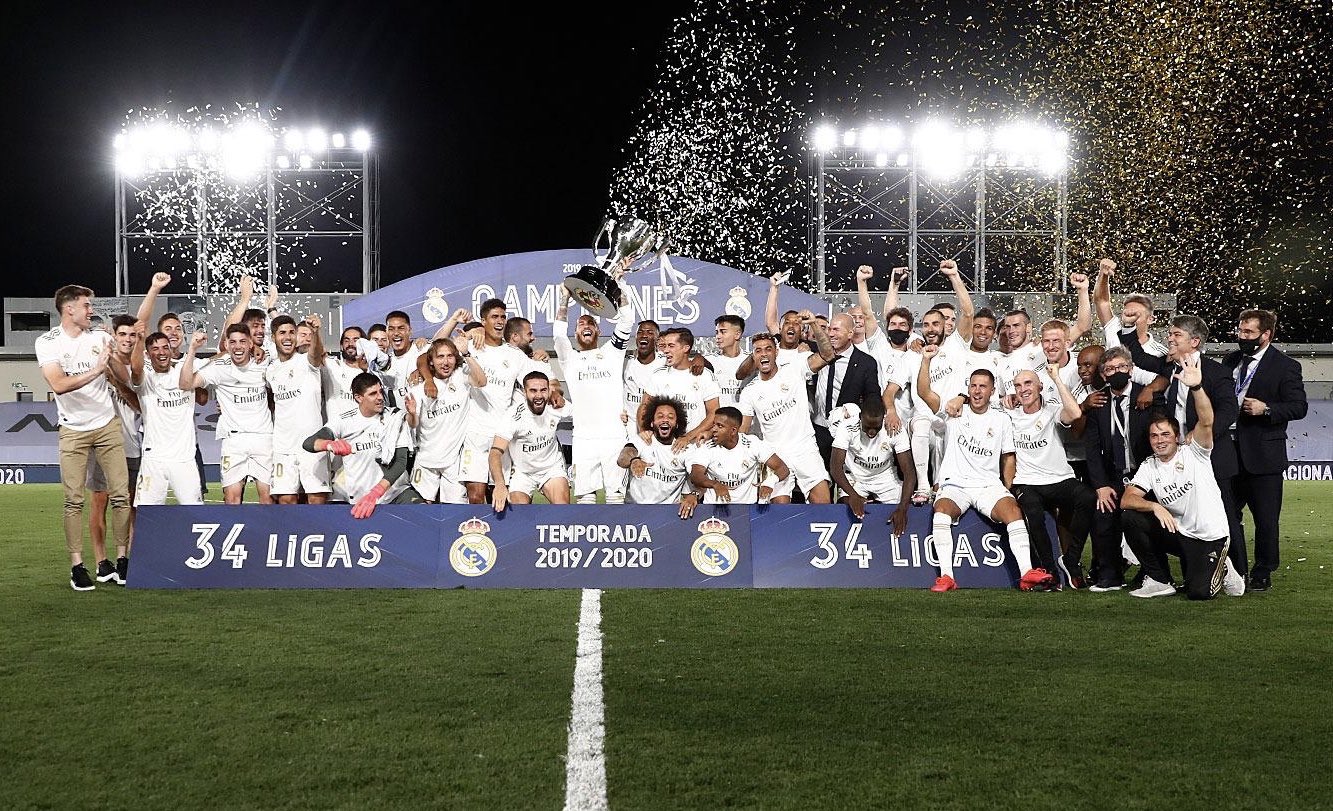