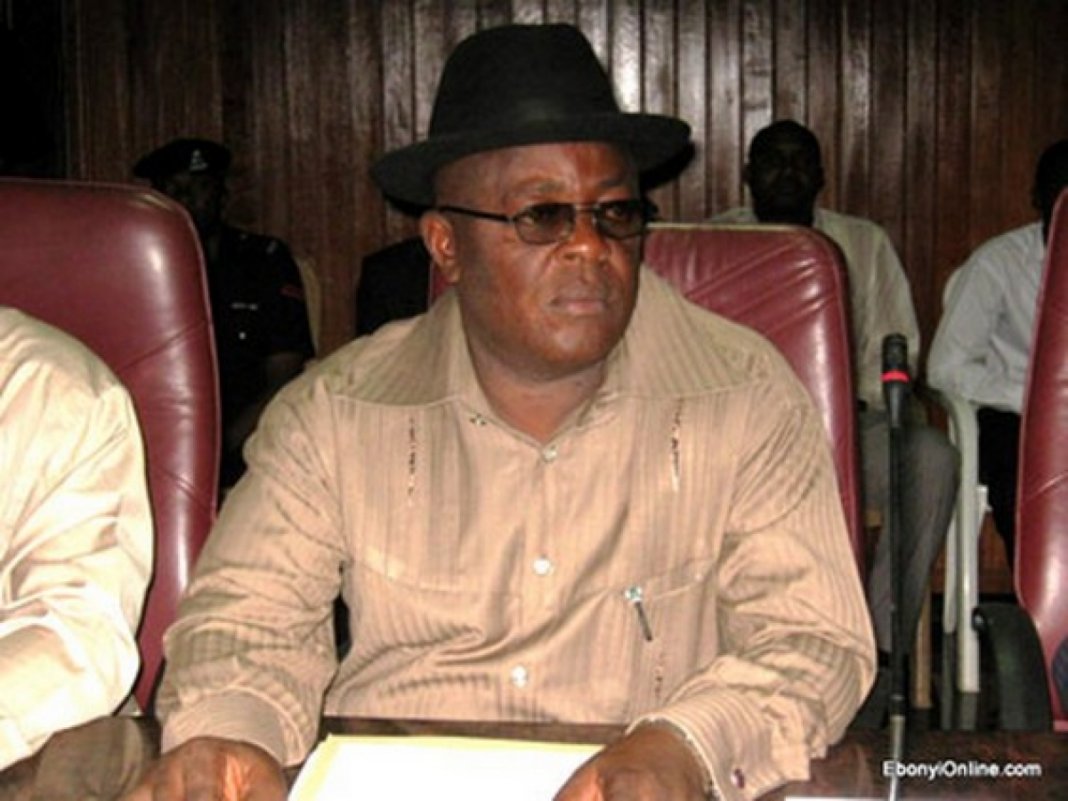 The Ebonyi State Governor, Engr David  Nweze Umahi, has proscribed the activities of all Union bodies in Ebonyi State University (EBSU) and has approved the resumption of academic activities in the state-owned institution, effective Wednesday, 21st October 2020.

This was disclosed in a statement signed today by the Commissioner for Education, Dr Onyebuchi Chima, and made available to Hanoky Media.

Interestingly, the Student Union Government (SUG) was excluded from the list of Unions proscribed by the Governor.

The statement read in parts, “The Visitor of EBSU/ Governor of Ebonyi State, His Excellency Engr Dr David Nweze Umahi FNATE, FNSE in accordance with the powers vested on him, has today Wednesday 21st October 2020 reopened Ebonyi State University for immediate commencement of academic and non-academic activities.”

“In order to ensure that academic and non-academic union activities do not negatively affect the resumption of EBSU and commencement of academic/ non-academic activities, all Unions except the Students Union have been proscribed for the time being in Ebonyi State University.”

The statement went on to state that the resumption of academic activities was necessitated due to “the concerns and call to forestall the prestige of EBSU by Students, Senior Academics, the University Management and Council; especially on the negative effects of the protracted ASUU strike on students and parents, the EBSU students (including freshers), parents and the general public.”

The statement revealed that the teaching and non-teaching staff of the university who are yet to receive their salaries (for several months) would be paid 80% of their outstanding salaries, on the condition that they immediately resume work. The Governor then directed the Management of the State University and the Student Union Government (SUG) to immediately start taking records of staff that have reported to work.

The statement also disclosed that the Governor had approved some sum of money for various activities in the State University. The first being the approval of the sum of 5 million naira to kickstart the needed processes that will ensure the safe working condition of the teaching and non-teaching staff in the University, and the second being the approval of a single-digit 300 million naira loan to the State University for the commencement of SME businesses to boost the IGR of the University.

On the hardship caused by the COVID-19 pandemic to parents and students, the statement revealed, “In order to ameliorate the hardship of parents/students in the payment of school fees, the Visitor of EBSU/Governor of Ebonyi State University, Engr Dr David Nweze Umahi FNSE FNATE has approved that the EBSU University Management shall implement ‘staggered school payment’ system.”

The statement concluded, “Overall, all staff and students are encouraged
to be law-abiding and to be vigilant in preventing the criminal activities of some individuals who are engaged in destabilizing the peace and progress of Ebonyi State.”

“In this regard, the EBSU Visitor/ Governor of Ebonyi State, His Excellency Engr Dr David Nweze Umahi FNSE FNATE has resolved to continue to protect and preserve ‘our only University’ and shall from time-to-time hold meetings with staff (teaching/non-teaching) and students of EBSU respectively”, the statement read.

Recall that the Ebonyi State University Chapter of the Academic Staff Union of Universities (ASUU) had embarked on a strike action which they tagged “active non-compliance strike action” since February 2020.

The ASUU-EBSU Chapter Chairman, Ikechukwu Igwenyi, on March 5, 2020, had explained that the union decided to embark on the strike because all efforts to make the school management listen to its demands have been unsuccessful.

His words, “All the efforts we have been making to ensure that there is effective communication between ASUU and the management has not yielded fruit and so we decided to embark on what we call active non-compliance strike.”

“Our work has so many facets. We render community services; we do research as well as teaching. So, we downed tools on teaching while we carry out our duties in the areas of research and community services, that is what we mean by active noncompliance,” he explained.

However, the State Governor, David Umahi, in his response, disagreed with the ASUU State Chapter and rather ordered the lecturers to immediately call off its warning strike and return to their classrooms, stating that failure to do so would lead to the withholding of their salaries and entitlements. 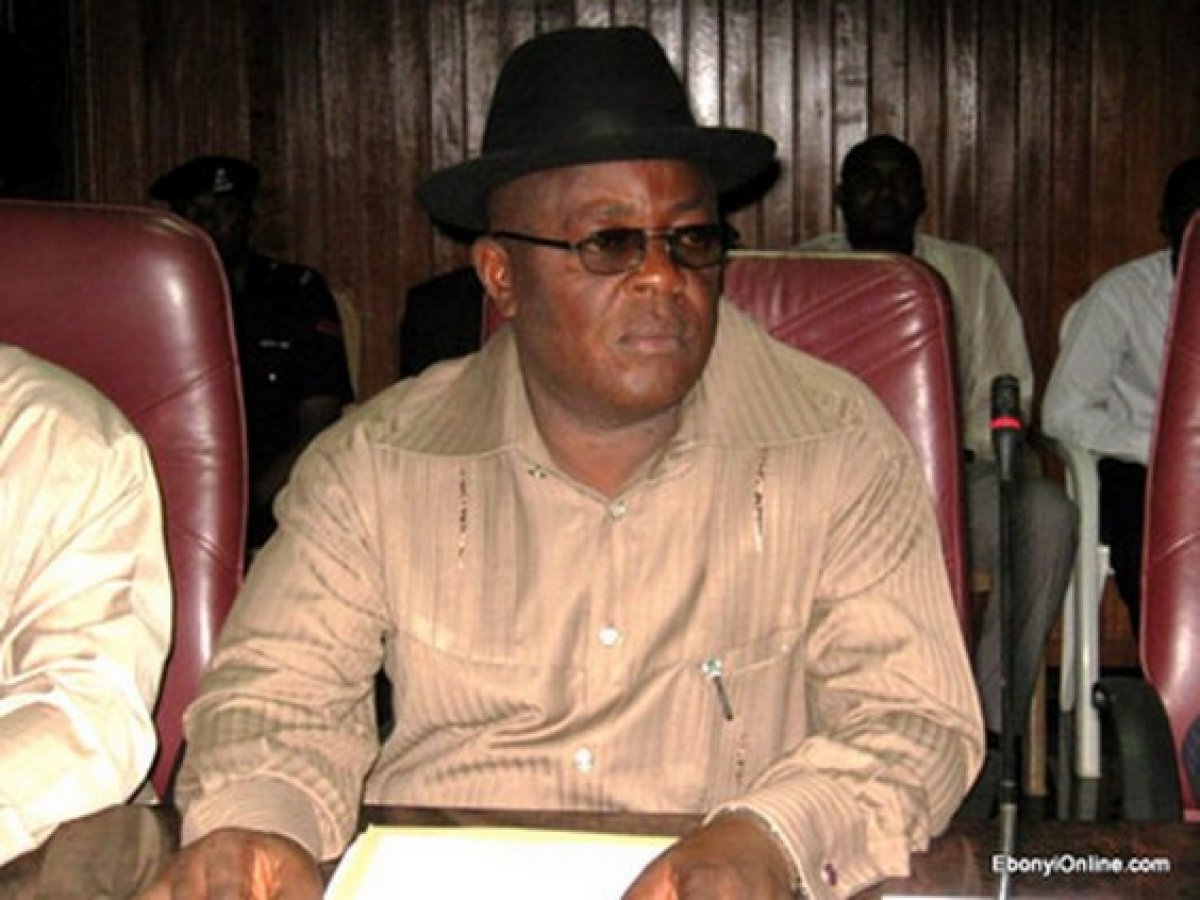 Previous articleENDSARS: More steps will be taken to protect lives and properties of Nigerians – Gov. Bagudu
Next articleENDSARS: FG must address the demands of protesting youths immediately – Arewa Forum
- Advertisement -

Since I grew up to study a subject called Government in the secondary school, the concept, Democracy, has always been defined as the system...
Read more
News