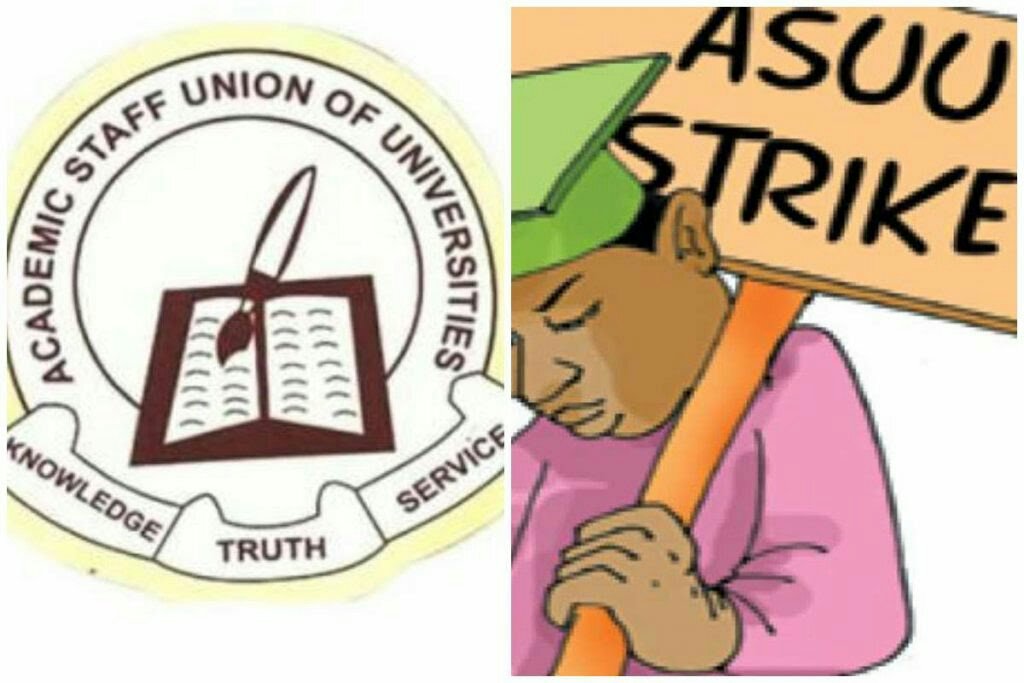 Drawing from the above para, one will be tempted to ask if the definition and explanation of democracy plays out so in Nigeria. You need not T. B. Joshua to know that the answer is NO! I have read and heard numberless times that ASUU cannot decide for its employer on which platform salaries should be paid or what salary structure should be given to its members. If ASUU members are among the people who perform the civic duty of employing Nigeria’s politicians and the so-called ministers in their categories, then who is the real employer? Come to think of it, who decides how much a minister is paid, plus all the juicy allowances? Who decides what is paid to senators (some of who do not even know the meaning of the constitution and know nothing except the raising of hands and echoing aye or ney and one without sound education will always bang the gavel and say the ayes’ have it!)? How come the table turned the other way in Nigeria? The real employers (owners of democracy) are suffering while the employees (politicians) are living in affluence! Today, a professor (an equivalent of a general in the Army), does not earn 400k in the name of so-called demonic IPPIS and a member of the national assembly who cannot inscribe letter O with the base of a bottle, goes home with 36m! Are we crazy in this country? Do we even know the meaning of education at all? Do we know what it means to be an academic in the university at all? Are we that stupid? Or have we all lost it?

Coming to the continued industrial action by ASUU, I am not afraid to say it loud and clear that the government of the day has completely lost it. I just read and heard that the acclaimed medical doctor, wearing a self-inflicted white beard, threatened to drag ASUU to court after he had beautifully failed to bring something new to the table of discussions. I doubt if he even remembers what diagnosis means in medicine. Why insisting on IPPIS that has been adjudged demonic? It is a platform that does not respect the University Autonomy Act. For the education of parents and students, IPPIS does not know that one could be appointed as exam officer, dean, level coordinator, time-table officer and so on. It does not know that lecturer is entitled to sabbatical leave, external examination and visiting as may be required by a lacking university. All of these put together, the federal government is saying the university should generate the allowances through Internal Generating Revenue (IGR). The question is, who will bear the brunt if not students? How many parents in Nigeria of today can afford 400k and above as school fee in federal government-owned universities? Know the truth before you blame ASUU for fighting for you!

Maybe he wants to take us to court for asking for the following:

If he insists on taking us to court in a true democracy, the question is, as our employer or as our employee? Let it sink in their heads that University teachers are not civil servants, neither are they employed by any ministry, but the governing council of a university! Let the university autonomy act be made available in the court and see who is going to lose! You may wish to check out the act:

The Universities (Miscellaneous Provisions) (Amendment) Act 2003 (otherwise called the Universities Autonomy Act No. 1, 2007) enacted by the National Assembly and signed into law on 10th July 2003 and later gazetted by the Federal Republic of Nigerian Official Gazette No. 10, Volume 94 of 12th January 2007 as Act No. 1 of 2000, vested “the powers of managing personnel and payroll system issues in the hands of each university’s governing council”.

This Act has not been repealed by Buhari’s government. The OAGF is NOT vested with the power to manage the payroll of public universities through IPPIS.

Those who have argued that ASUU cannot dictate for the Federal Government how they should be paid must be educated on this reality. Ignorance seems to be gaining grounds in the country.

We are resolute! We are focused! Those who are cowardly have been shown the way to the IPPIS office to register if they so wish! But we wait to see where the cowards will hide their faces when the battle is over! We have come a long way in this battle! We cannot afford to lose. If we miss it now, we miss it forever and our university education is doomed forever! We cannot allow uneducated fellows to crumble our citadel of learning!

In a true democracy, we are the true employer and the likes of the man, who inflicts on himself, white beard, are our employees! We have the right to decide how we should be paid! No retreat! No surrender! Psalm 46! #theonlyproblemisthereisnoproblem.

No fewer than 17 medical students of the Kaduna State University (KASU) that were recently recalled for examinations have tested positive for COVID-19. The Chairman,...
Read more
Opinion

In accordance with the statement credited to the Federal Government on the resumption of secondary school students on August 4th, the ears of undergraduates...
Read more
- Advertisement -