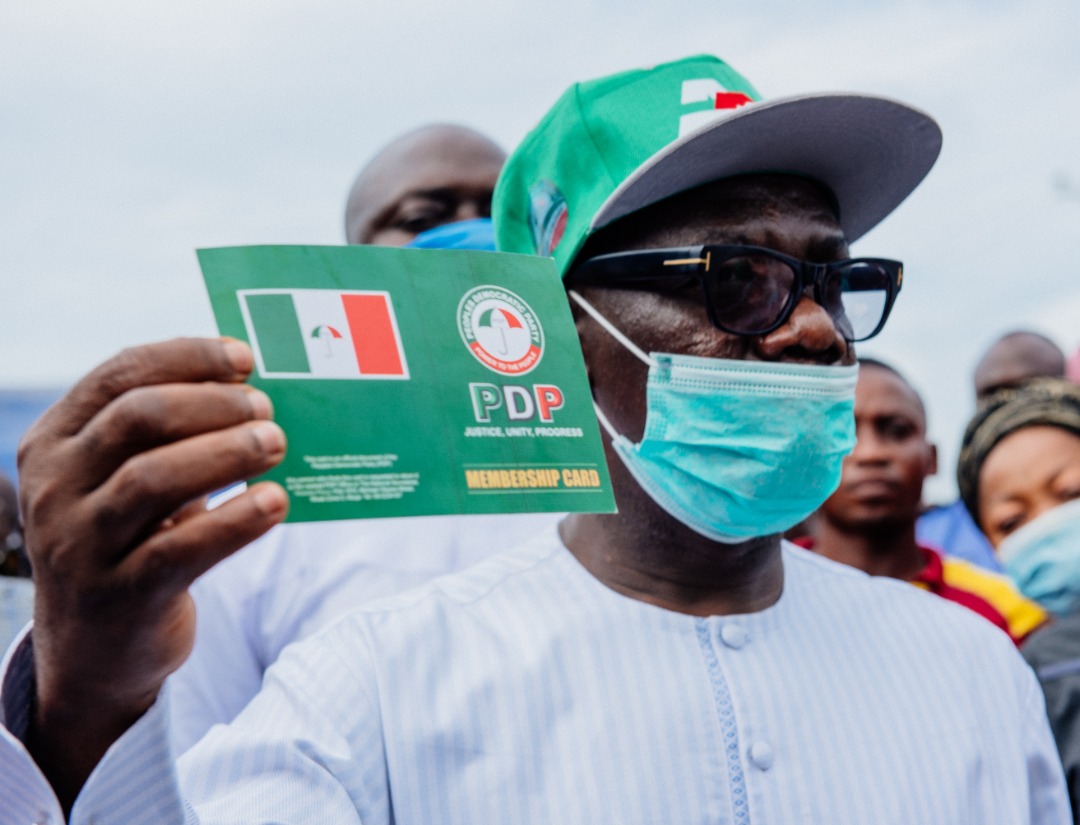 The Gubernatorial Primary Elections held on the 22nd of July in Akure dimmed all hopes of the embattled Deputy Governor, Agboola Ajayi, to fly the PDP’s flag at the Governorship election.

In a peaceful primary election made up of 2111 delegates from the 18 local government areas of the state, the entire process was monitored by a team representing the upper echelon of the party led by Governor Ifeanyi Ugwuanyi of Enugu State.

The election commenced at about 4 PM and ended at 10 PM., with the declaration of the erstwhile Attorney General of the State, Chief Eyitayo Jegede as the winner of the primary election. He polled a total of 888 votes as against Agboola Ajayi’s 657.

Jegede’s win has paid to Agboola’s ambition of staging a rivalry against his principal and ex-ally, Governor Rotimi Akeredolu. The altercation between both politicians assumed a critical situation culminating in Agboola’s defection to the opposition party. Agboola hoped to clinch the ticket and vie for the gubernatorial election in the state.

The only option available to the incumbent Deputy Governor would be to see out the remaining months of his tenure. Political analysts and experts hope the rocky relationship with the Governor is resolved in order to ensure the smooth-running of governance in the State. Anything contrary would obviously not be healthy for both political heavyweights.

However, as October 10 approaches, two permutations are obvious in the political landscape of Ondo State. A win for the ruling party would ensure the status quo is maintained.

Conversely, a win to Eyitayo would mean the re-emergence of the opposition at the helm. Until then, Nigerians are keenly watching unfolding political events in the Sunshine State.

The Zamfara State Governor, Bello Matawalle has sympathized with the flood victims of Hayin Buba in Gusau and Zurmi Local Government areas of the...
Read more
News