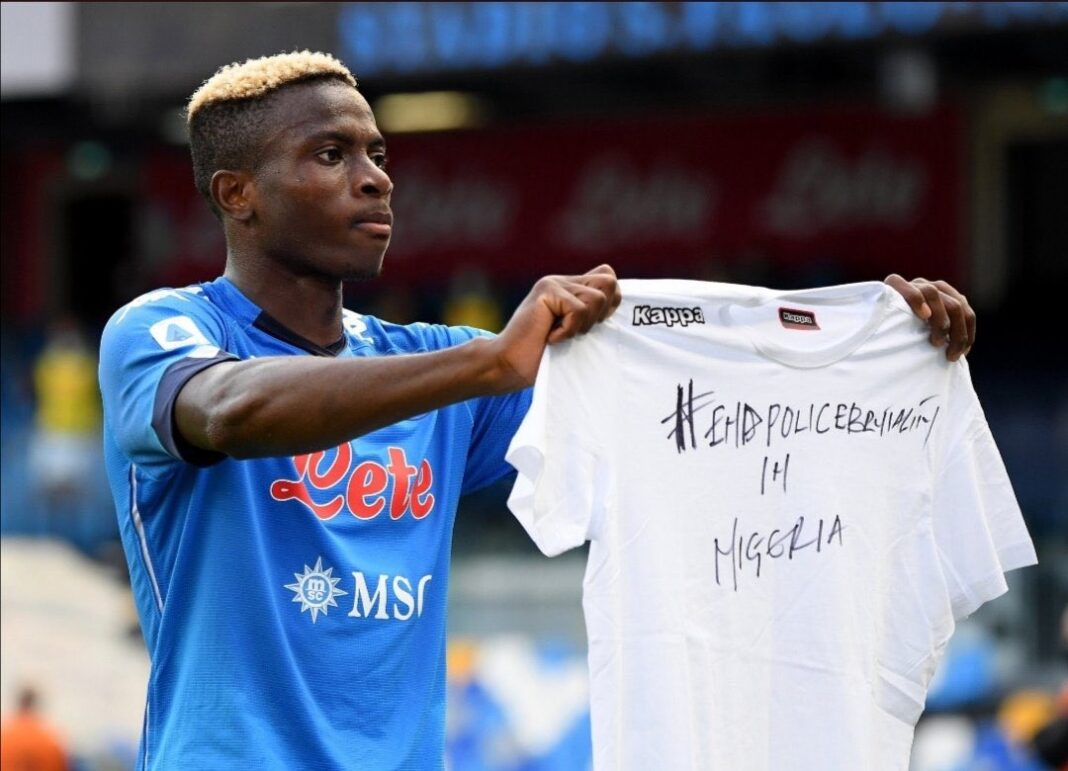 Nigerian Super Eagles and Italian Napoli forward, Victor Osimhen, has joined the long list of celebrities who are voicing support for the “END SARS” protest currently ongoing in many cities across Nigeria.

Oshimhen showed his support as he celebrated his first league goal for Napoli by displaying a shirt with the words “#EndPoliceBrutalityInNigeria”.

The goal came as the Naples-based club side hosted Atalanta, in a game that ended 4–1 in favour of Napoli.

The 21-year-old Lagos born forward made his mark when he connected a clearance from goalkeeper David Ospina, before unleashing a shot, two minutes before the halfway mark.

The goal was his team’s fourth in the game and it ensured that they got all three points.

Osimhen has now been directly involved in two goals in his last three league games for Napoli.

The win moves Napoli to the third spot on the Serie A table.

Although they are yet to lose a game, they were, however, punished for their failure to honour their last league game against Juventus with points deduction. This was after two of their players tested positive for COVID-19.

They would, however, hope to get that behind them as they prepare to host Netherlands side, AZ Alkmaar, in their Europa League opener on Thursday. 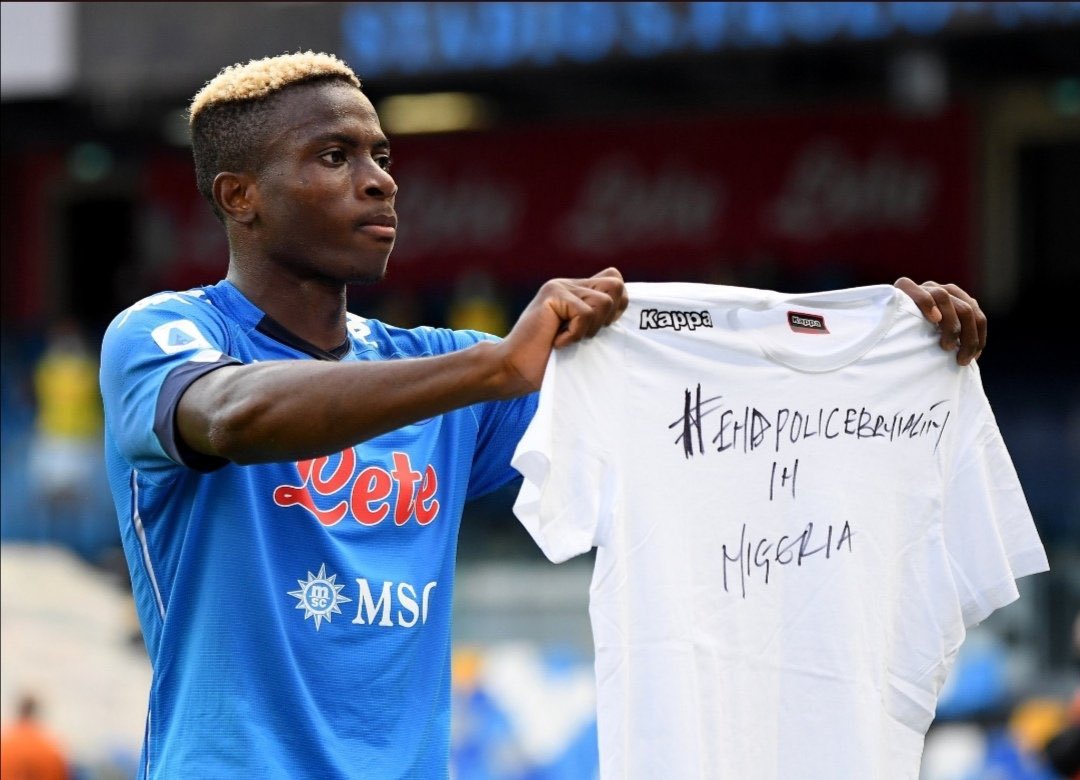 EndSARS protesters in Kaduna have staged a peaceful protest over police brutality, banditry, kidnapping and other vices that have been rocking the state.
ALSO READ:   Kaduna ENDSARS protesters demand total overhaul of SARS
They demanded...
Read more
News

CAN calls for probe of disbanded SARS Unit

The Christian Association of Nigeria (CAN) has called for a judicial investigation into the disbanded Special Anti-Robbery Squad (SARS). The call was contained in a...
Read more
Opinion

Vladimir Lenin once said, “There are decades where nothing happens, and there are weeks where decades happen.” The chain of events and protests over the...
Read more
News

The #EndSARS protest has extended its protest march to Kaduna, today. Hanoky Media observed that the protest, which started from the Station roundabout and ended...
Read more
- Advertisement -