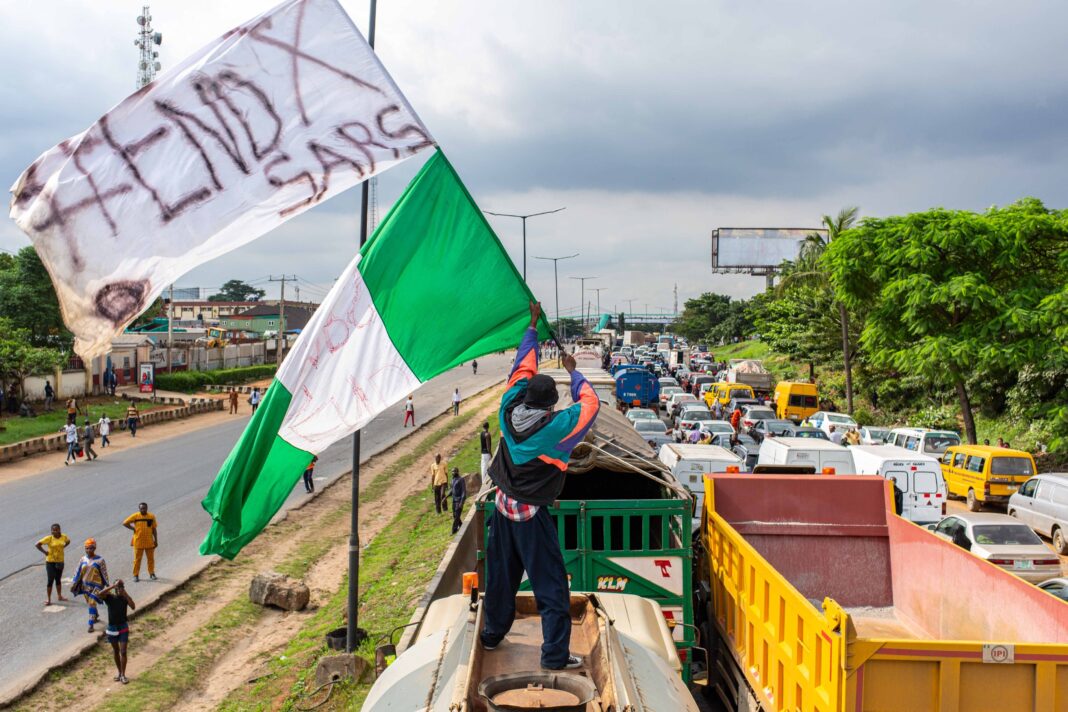 Vladimir Lenin once said, “There are decades where nothing happens, and there are weeks where decades happen.”

The chain of events and protests over the past few weeks in Nigeria aptly validates Lenin’s assertion, with many describing the protests as unprecedented in the country’s history.

From the major cities all over the country; cutting across London, Toronto, Ghana, Paris, the Nigerian youths have protested and demanded the scrapping of the notorious unit in the Nigerian Police Force.

The Special Anti-Robbery Squad (SARS) is a  special unit under the Force Criminal Investigation and Intelligence Department of the Nigerian Police Force. It was a covert unit that was established in 1992 to investigate crimes such as armed robbery, kidnapping, car snatching, cattle rustling and other crime-related activities.

Paradoxically, the element of surprise, which is a major trait of undercover policing, has become a weapon in the arsenal of the SARS officials. They have harassed,  unlawfully detained, extorted, tortured and killed many innocent citizens. Over the years, they have become a lawless, uniformless, unethical sect that has been terrorizing Nigerian citizens that they were meant to protect. The most notable amongst the plethora of the atrocities committed by SARS was the recent killing of Kazeem Tiyamiyu, a professional footballer who played for Nigerian second division club side, Remo Stars. This reckless killing alongside the long history of their cruelty has made them very unpopular amongst many Nigerian youths.

In its “Time to End Impunity” report published in June 2020, Amnesty International revealed that there were more than 80 documented cases of misconduct perpetrated by SARS in the last 3 years. The victims of this ill-treatment, torture, and unlawful killings are mostly youths, between the ages of 18 and 35. Most of them come from low-income families and sometimes find it difficult to fund the long and painstaking process of seeking justice in Nigeria.

The Nigerian youths are tired of waiting for the elected leaders to lead and take charge. It is strongly believed that the years of docility and carelessness of the Nigerian Government has led to the deterioration in many institutions of government.

The “END SARS” protest, currently spreading like wildfire all over Nigeria, has been ignited by the youths, many of whom are harbouring resentment towards their leaders that they believe have let them down over the years. The collective gesture of disapproval and demonstration, which has been trending on the streets and social media platforms, has begun to mean more than just the yearning to end police brutality and abuse. It has provided a platform for youths in Nigeria to air their grievances and call for good governance, respect for human rights and democratic freedom.

Apparently, there are numerous factors that gave rise to the current protest movement. One of the factors could be associated with a video that surfaced on the internet on October 3rd, which showed SARS officials allegedly shooting and killing a young man in Delta state. After this ugly incident, the Nigerian Government, who had earlier acted indifferently to the incident, tried to clamp down on organized protests and discourage the youths from taking to the streets. Another instance is where Naira Marley, a popular Nigerian musician, had called off a planned protest after a live Instagram chat with the Police Spokesperson, Mr Frank Mba.

After days of public outcry, the Nigerian Government, under immense pressure, gave the go-ahead for the Inspector General of Police to disband the SARS unit. After meeting with President Mohammad Buhari last Friday, the IGP promptly announced the disbandment of SARS, saying that a new tactical squad called SWAT would replace the disbanded unit.

However, it appears that the Nigerian youths are still not satisfied with just the disbandment of the SARS unit. They have continued to take to the streets, demanding the total reform of the entire Nigerian Police Force. Agitators believe that the newly established SWAT unit will be no different from the defunct SARS unit. According to them, the replacement of SARS with SWAT is akin to a leopard trying to rid itself of its spots.

In the last three years, there had been failed attempts to overhaul the SARS unit. The unit, before now, had been disbanded, reformed, and rebranded with little or no significant changes within their ranks. In 2015, following a series of negative reports, the unit was split into two – operational and investigations unit. This was done to curtail its hegemonic tendencies. Again in August 2018, the then Acting President, Prof. Yemi Osinbajo, ordered the immediate overhauling of the unit. Following the order, the then IGP had reluctantly rebranded SARS to F-SARS. It now appears that each time the SARS unit undergoes a failed reform, it comes back more brutal, like a chameleon changing its colour to suit its surroundings.

Although the Nigerian Government has continued to sue for peace, the actions of some of her security officers, who allegedly opened fire and used teargas at protesters, largely contradict the public position being portrayed by the Nigerian Government. On Saturday, it was reported that police opened fire at protesters in Ogbomosho, Oyo state, leading to the death of Jimoh Isiaka. SaharaReporters also reported that at least one protester was killed by trigger happy police officers in Surulere, Lagos, on Monday, while many others were injured. In fact, videos of the horrible scenes in Surulere have been flooding social media.

The ongoing nationwide protest is a pointer to the fact that Nigerian youths have finally woken up from their slumber. After decades of turning a blind eye to social ills, they are now joining the likes of Belarus, Cyprus, Israel, and the United States in demanding reforms and good governance of the country. With the rate at which the protest is spreading, it might not be too long before the youth starts demanding for basic amenities such as good road, standard health care, improved educational amenities and maybe, the restructuring of the already fragile Nigerian state.

One fascinating fact about this protest is that it has garnered support from many citizens, rich and poor, home and abroad. It has drawn the attention of notable personalities such as Davido, Falz, Wizkid, M.I, RunTown, Kanye West, Drake, Tammy Abraham, Fikayo Tomori, Rashford, and Ozil. These are just some of the names on the growing list of local and international celebrities lending voices to ensure an end to police brutality. This is a clear pointer to the fact that something is fundamentally wrong.

Interestingly, despite the array of stars that have joined the protest, others had previously been reluctant to join, until the protest finally got on the way. Some also had to join at a later time in a bid to save face. The likes of Burna Boy, who many see as a politically conscious musician, did not join the protest until fans began to protest his non-involvement. It is also worth mentioning that other Nigerian celebrities who have not appeared in person at protest venues have been sending in messages of support via their social media handles.

At the moment, an end is not in sight, mainly because the “END SARS” protests, unlike other previously convened movements, have become a highly organized defiance which has seen people assemble daily in different areas, at different times across the federation. The protest has grown so wide that it has not escaped the front pages of many news outlets both within and outside the country.

Witnesses to the series of events in the past few days seem confident that redemption is on the horizon. After all, it is said that every country has a watershed moment, a point when the people realize that they are at a crossroad and must choose a path to follow – the path that would define everything else that they do.

With public outcry growing louder and louder and international pressure mounting, the Nigerian Government has been boxed into a tight corner. Like a game of chess, she knows that one right move can end the outburst, while a wrong move would only anger the already pained protesters. 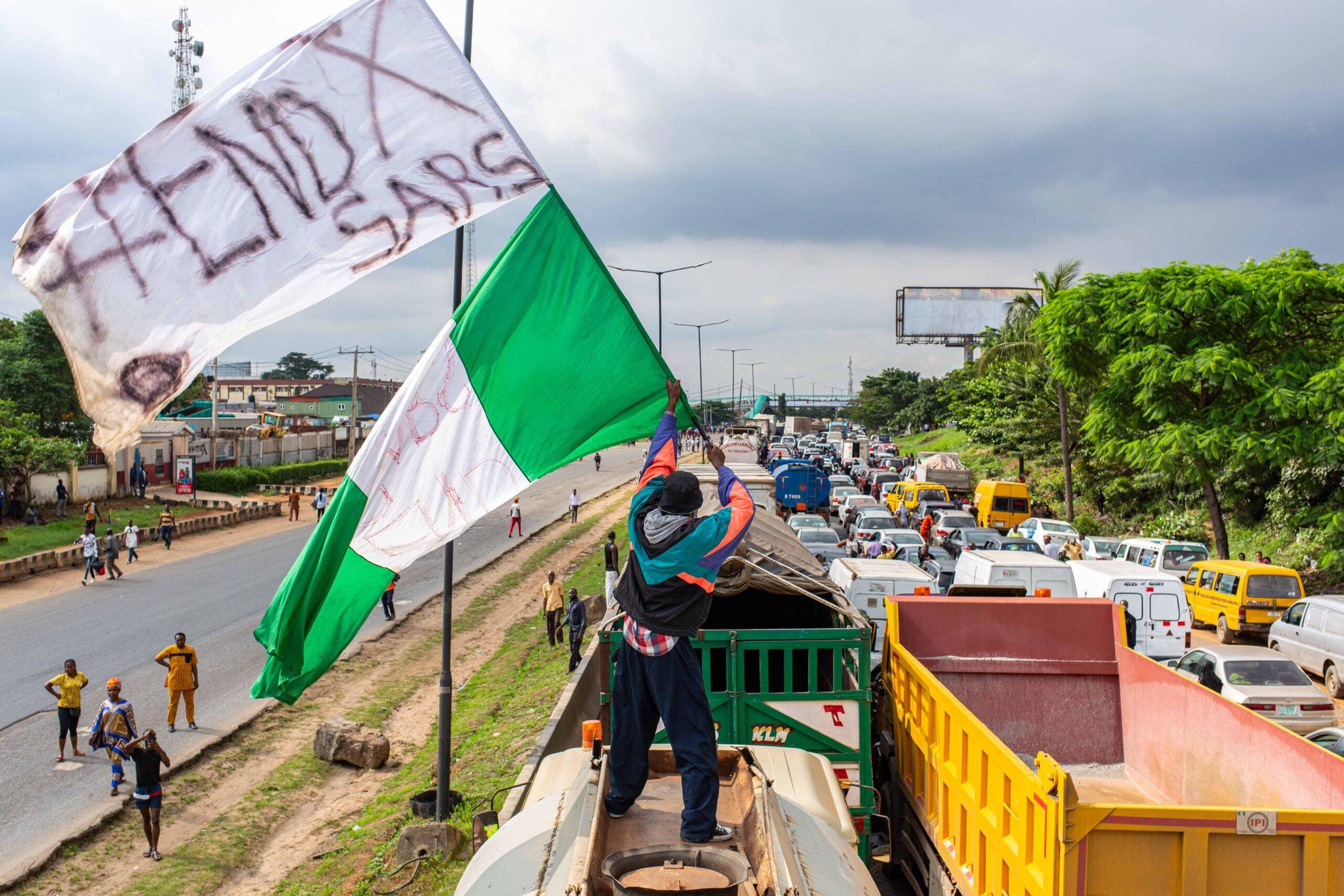