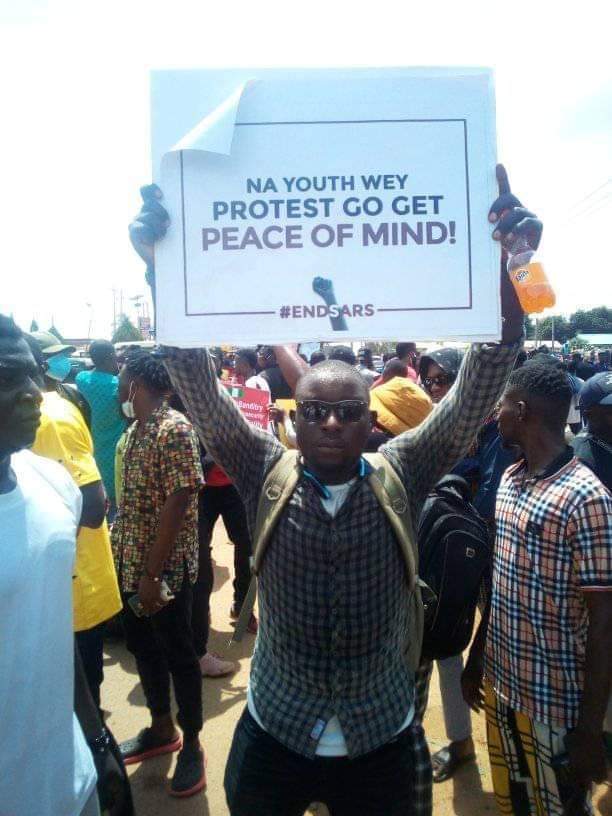 The #EndSARS protest has extended its protest march to Kaduna, today.

Hanoky Media observed that the protest, which started from the Station roundabout and ended at the Waterboard area of Barnawa, was under heavy security watch and monitoring by the Police, Civil Defence and other security agents. 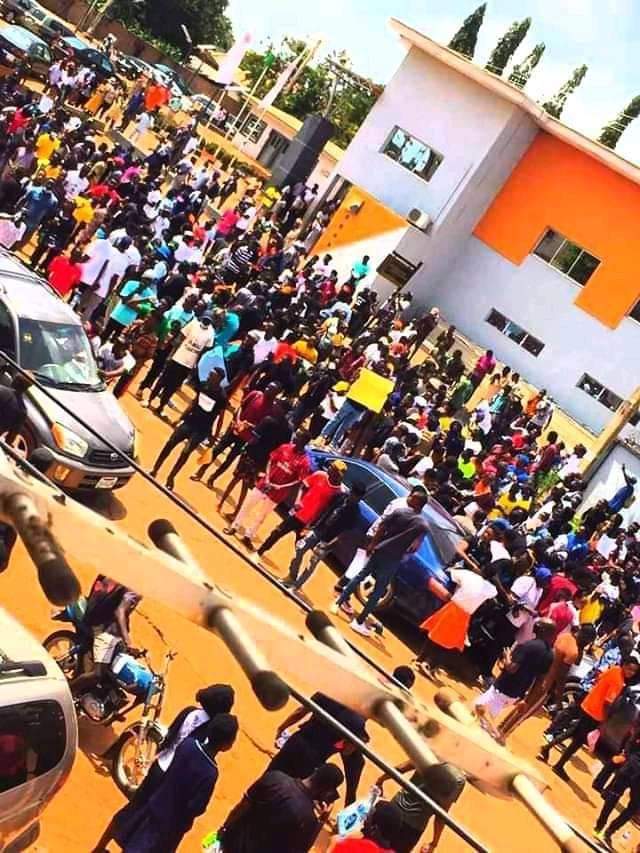 The protesters, in their hundreds, carried placards with different inscriptions. They were heard saying, “We are tired of brutality”, “We are fed up with SARS”, “Scrap SARS totally”.

Some of the placards carried by the protesters read: “SARS is a disgrace to our country”, “This is not political, we are fed up with SARS”, “Nigerians are not armed robbers, we say no to SARS innocent killings of citizens”. 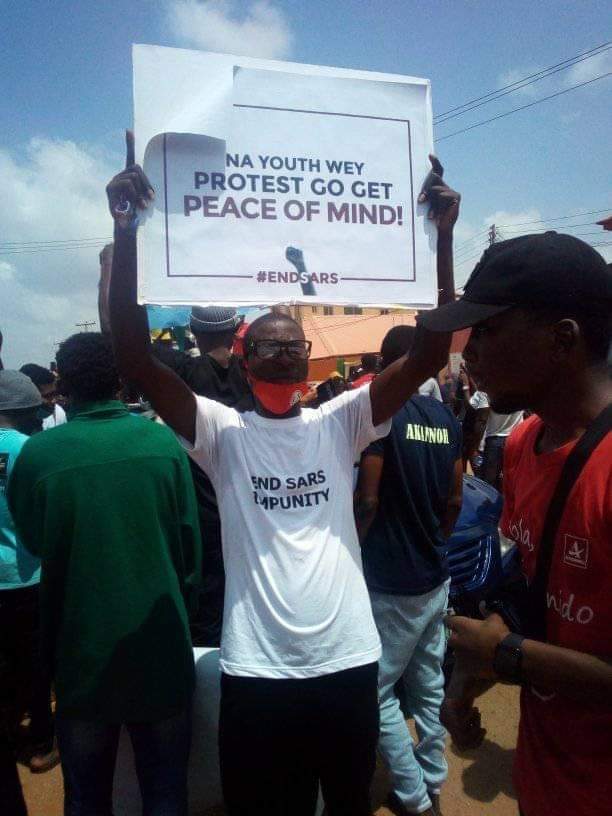 One of the leaders of the protesting group, who refused to disclose his name, said, “We have no specific leader, we are for Nigerians, we don’t need journalists now. When we need journalists, we will let you know. We want our voice to be heard over what happing now.”

He continued, “We want the total disbandment of SARS in our country. They are brutalizing innocent citizens across the country.”

Our correspondent observed that some persons shared lots of free bottled water to the protesters so to cushion their thirst and empower them to continue the march.

Customers on a queue in an ATM machine stand were pictured to have hurriedly vacated the area and scampered to safety on sighting the protesters.