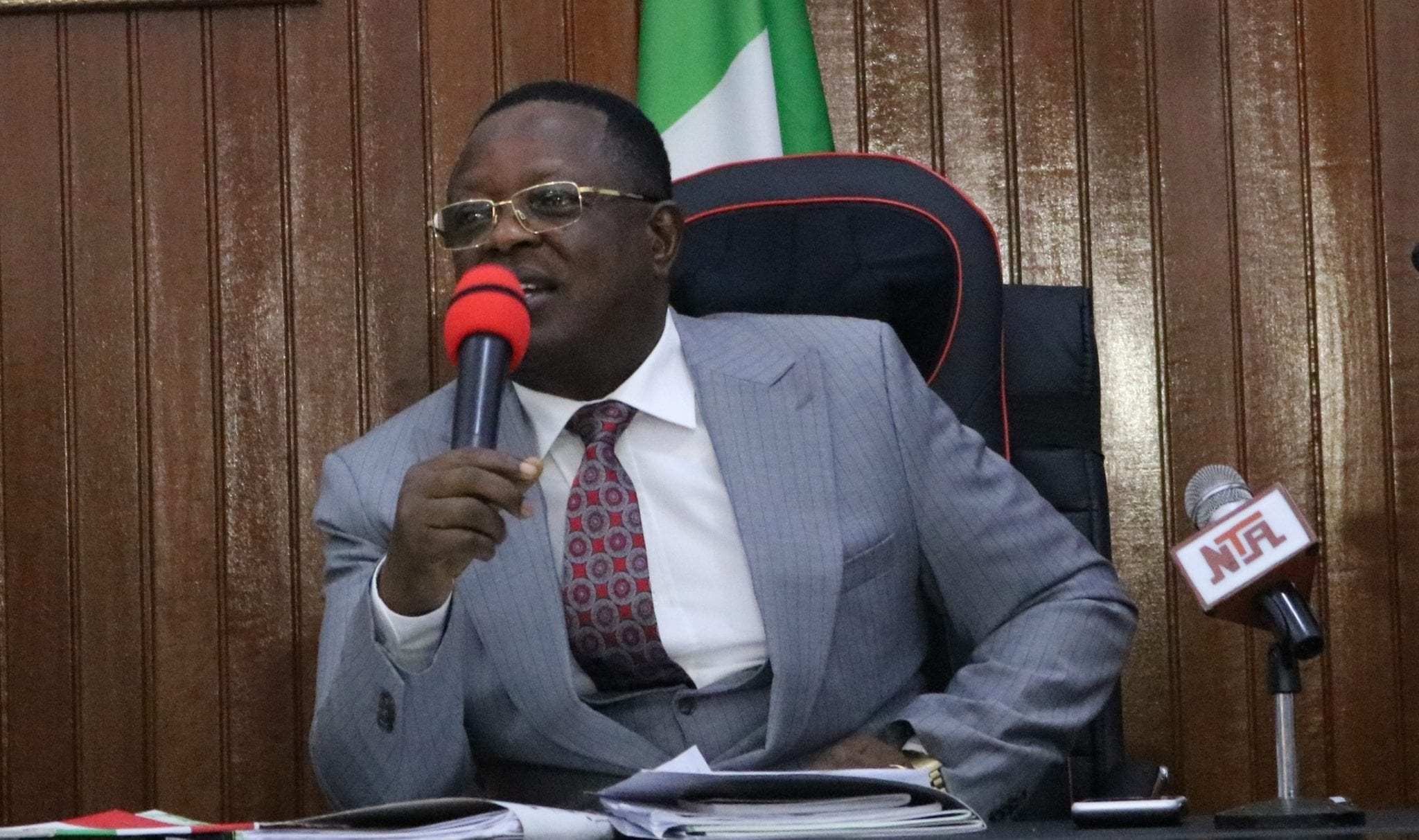 The Ebonyi State Governor, Engr. Dave Umahi yesterday said that he is in disagreement with the National Assembly over their agitation to sack the Service Chiefs.

Umahi rather suggested that funding be increased to enable the Service Chiefs to properly address the rising security challenges in the country.

He also advocated for the improved gathering and dispersing of information among the various units in the Nigerian Armed Forces.

Umahi made this known on Friday during the groundbreaking ceremony of the proposed Nigerian Army Reference Hospital in Abakiliki.

“I want to disagree with the National Assembly over their call for the sack of the serving Service Chiefs”.

“One thing I have realized in this country is that we want change too much and we want everybody to test every seat”.

“But that is not what we need at this crucial time of security challenges”.

“So I will be suggesting to Mr. President in support of retaining the Service Chiefs that we should increase their logistics, increase the funding of the armed forces”.

“Again, we should improve on the programme that will bring information to the service Chiefs and increase the frequency of meeting with them”, he suggested.

Speaking also at the ceremony, the Chief of Army Staff, Lt. Gen. Tukur Burutai, represented by the Head of Logistics and Planning, Lt. Gen. Adeosun Lemido said the proposed hospital when completed would accommodate 200-bed spaces.

He also explained that the hospital would attend to soldiers within the close northern regions including the south-east and south-south.

The Chief of Nigeria Army Staff, Lt. Gen. Tukur Buratai has expressed his love to the Southwest, particularly to the people of Osun State....
Read more
News

The Imo State House of Assembly has pleaded with the Imo State Governor, Hope Uzodinma to intervene in the gully erosion that is ravaging...
Read more
News

A member of the Kaduna State House of Assembly representing Kagarko Constituency, Rt. Hon. Nuhu Shadalafiya has tested positive for coronavirus. The lawmaker made this...
Read more
News