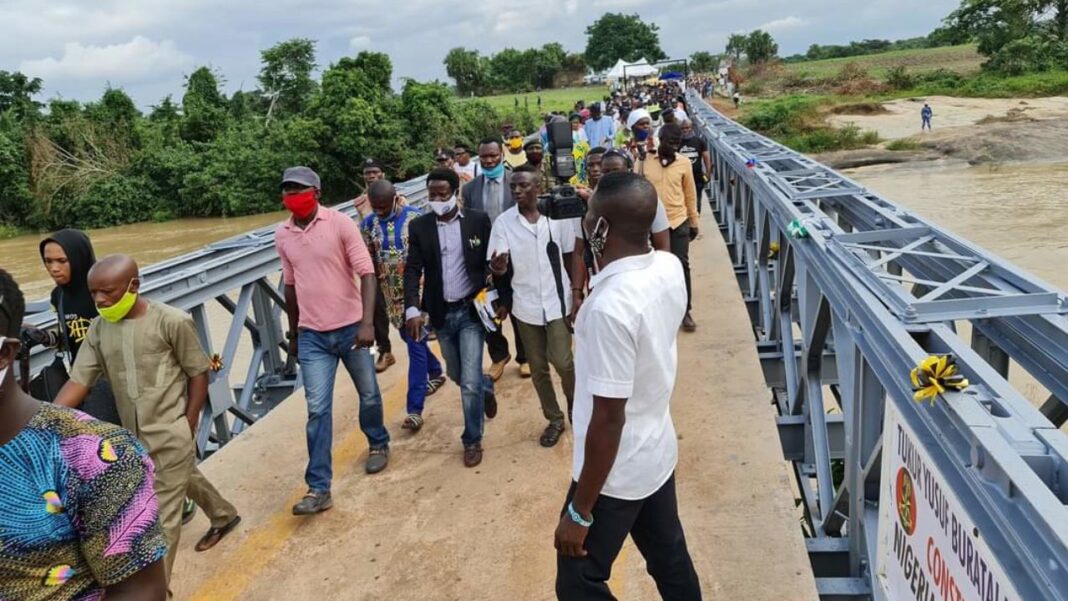 The Chief of Nigeria Army Staff, Lt. Gen. Tukur Buratai has expressed his love to the Southwest, particularly to the people of Osun State. He promised to continue giving his support to the state, especially in the areas of security.

He made this known on Monday at the Olowu of Kuta palace in Osun State while delivering his speech at the commissioning of the newly constructed bridge linking Kuta, Ikoyi and Ede towns in the state.

He extolled the Army Chief’s special love towards them and the Army’s donation of the Kuta bridge to the state, stressing that roads and bridges are crucial to the life and welfare of the people.

His words, “The Nigerian Army know Buratai as a fine gentleman and a gallant soldier, but to us in Osun, he is more than that. He is a kind-hearted officer, with character and diligence.”

“He is uncommon and has displayed love towards our illustrious son, Lt. Gen. Lamidi Adeosun,” Oyetola remarked.

Also speaking, the Olowu of Kuta land, Oba Hammed Adekunle Makama, said: “Today is historic because fulfilment came to us just when hope appeared to be lost.”

“My forebearers started the agitation to construct a road link between Kuta and Ede, so as to strengthen our people’s social tile and boost economic activities. More than 100 years had passed and while I ascended the throne, the inheritance of the community’s stagnated projects was handed over to me.”

“I have documentation that stated that the agitation for this bridge project started 80 years ago, but history will say that it was about 100 years. Our people have been on this bridge project, but for one reason or the other, they all encountered failure.”

“When I became the Olowu of Kuta a few years ago, I made a covenant with God and my ancestors to use every contact and connections I might have, and the spirit called me to seek help from Lt. Gen. Tukur Buratai for the construction of the bridge.”

“My people say, when fortune smiles on a man, his maker or what Yoruba call Ori, could be sent as an angel to him.”

“I must state it here and now that the Chief of Nigeria Army Staff is that angel that came from heaven to free our community. Today, I am proud to go to roof tome, to shout that we are one of the great beneficiaries of the Nigerian Army, Lt. Gen. Mohammed Buhari, the Chief of Army Staff.”

“A 100 years from now, the sons and daughters of Kuta, Ikoyi and Ede would remember a bridge-builder in an Army Uniform, from far away Borno State, who out of sheer love for me and humanity, decided to use his good office to help the people of Osun state.”

“We will forever see Buratai as a part of us because he has changed the face of our history,” Oba Makama said.

Among others that were present at the event include the Osun State Deputy Governor, Benedict Gboyega, the Oni of Ife, Enitan Ogunwusi, who was represented by his wife, Oba Abdul-Rasheed Akanbi Oluwo of Iwo Land, Hon Yinusa Amobi, Osun West Senator, Engr. Adelere Oriolowo, the Osun State Speaker and Hon Timothy Owoeye.

See photos of the event below. 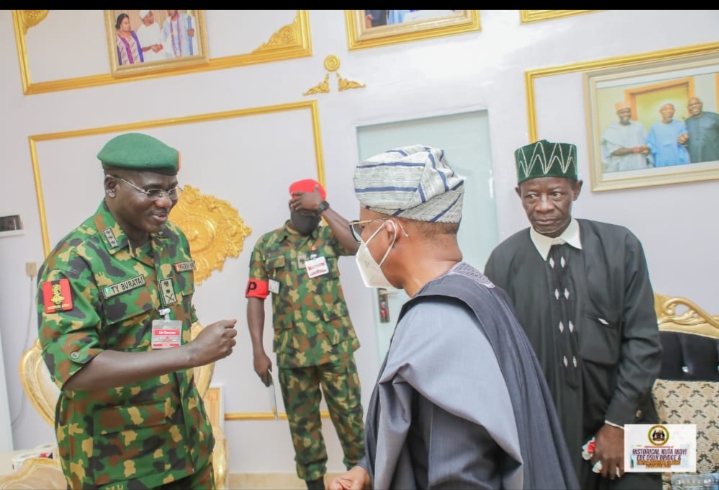 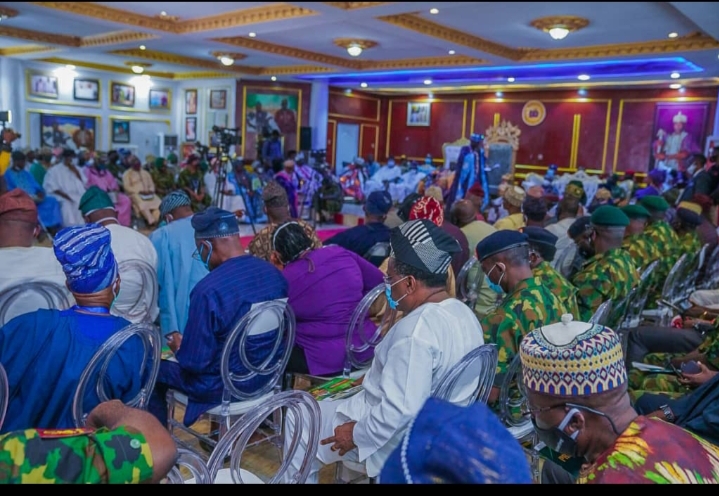 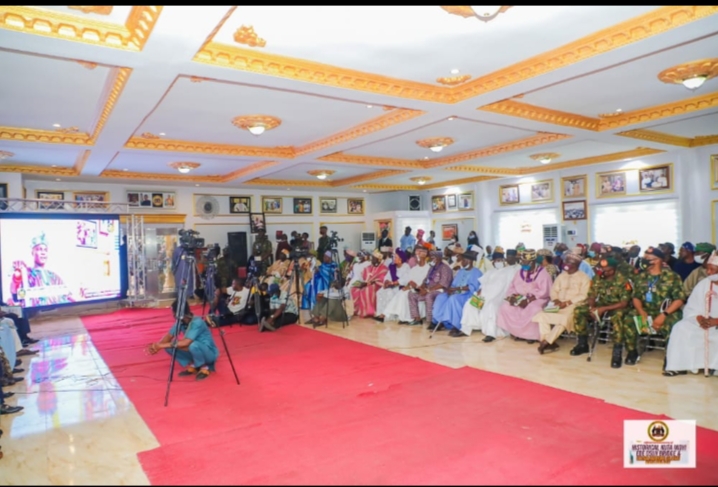 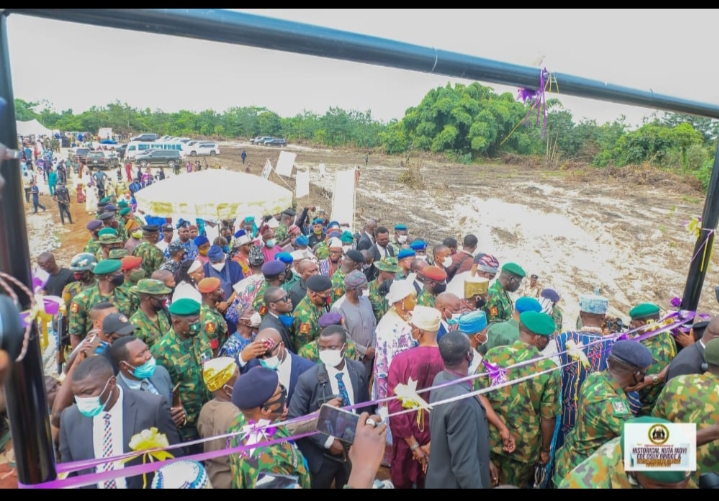 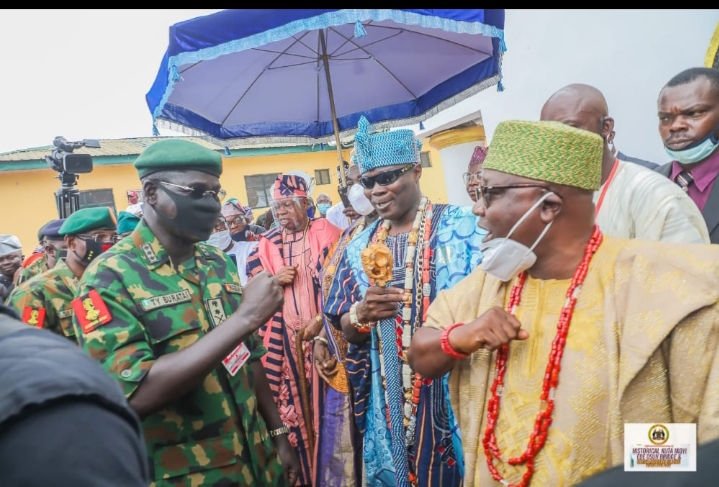 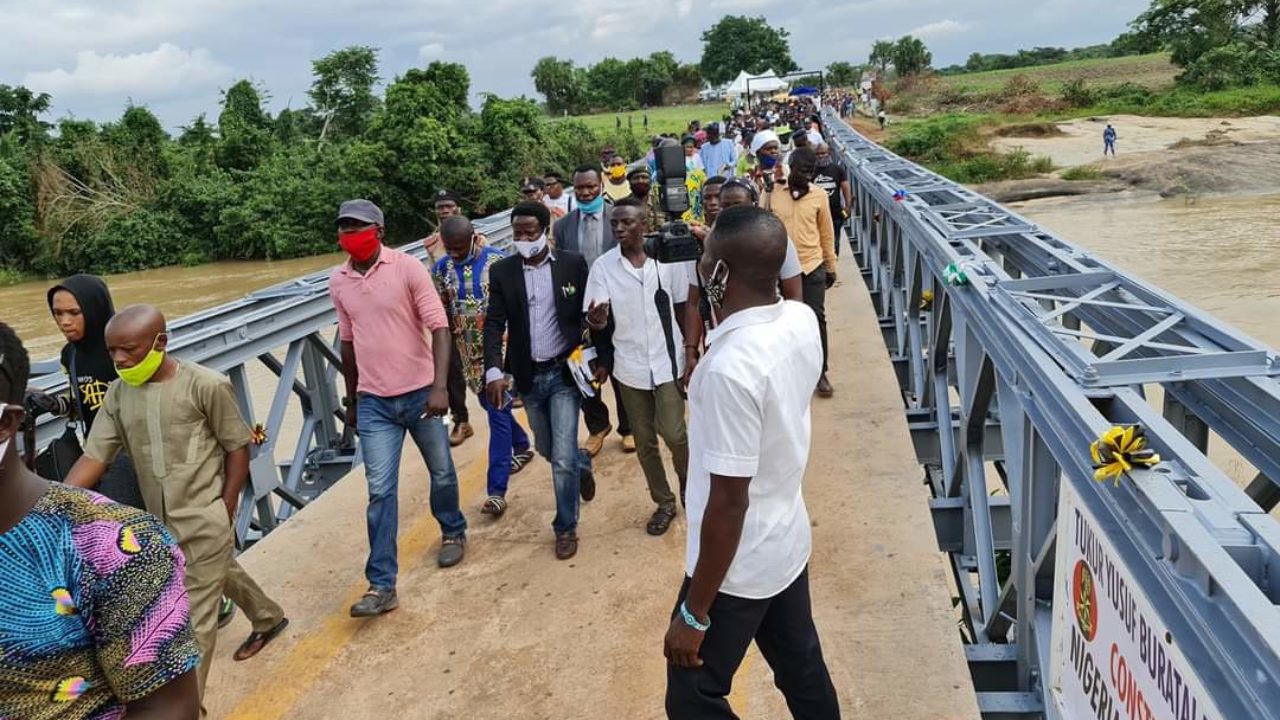 A coalition of civil societies in Osun state has stormed the streets of Osogbo, the state capital in protest over hike in fuel price...
Read more
News

The Osun State Government has declared Thursday, August 20, as a public holiday in celebration of Hijrah otherwise known as Muslims’ new year. This was...
Read more
Education