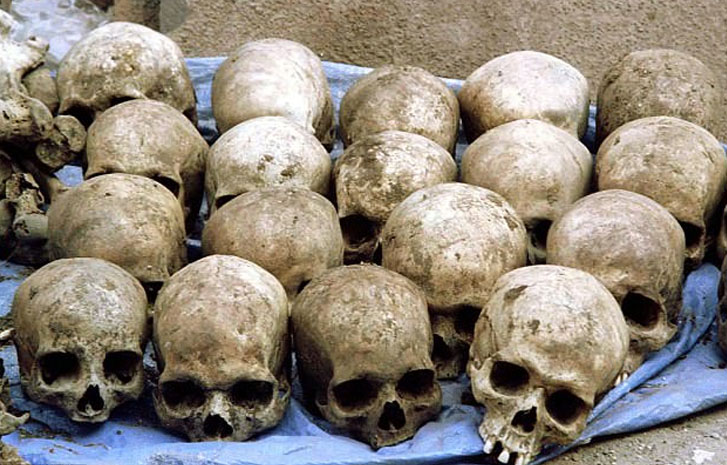 The Police commissioner of Police in Cross River State, Mr Abdulkadir Jimoh has confirmed that his men have nabbed 46 men and five females in possession of human skulls.

He told journalists in Calabar, the state capital, that those arrested were cultists who were intercepted from intelligence reports when they were moving to a destination for initiation and rituals.

He also said that another four-set of suspected cultists were also picked up in yet another security operation yesterday.

“I got information that suspected cultists were driving dangerously, hoisting the black and red flag and disturbing the peace of the communities along Goodluck Jonathan Road as they drove towards 8 Miles.”

“My men pursued and intercepted them at 8 Miles. When they were arrested and brought to the Headquarters, they were 51 of them in number. Forty-six, males and five, females. There were four other arrested in another operation yesterday.”

“The suspects have confessed to being cultists from Akpabuyo local government who were en route to Akwa Ibom.”

“They all confessed to being members of Nnabor Confraternity and they were responsible for the series of kidnappings and other vices in Akpabuyo local government and by extension some parts of Calabar Municipality.”

“The Command will undertake a forensic analysis of the skulls to determine whether they belong to some of these people that have been declared missing or some off the victims they have killed in their heinous crimes. They have been profiled and the will face the wrath of the law.”

In defence, one of the suspects, Mike Okon Asuquo said, “I don’t know anything about the human skulls. We took the masquerade from our community town hall. We rented it from the owner who is a member of the village. The masquerade is a tradition of the Efik. When my community has any events, they play this masquerade. We went to a burial at Obot Akara in Akwa Ibom State. The human skull is part of the tradition”.