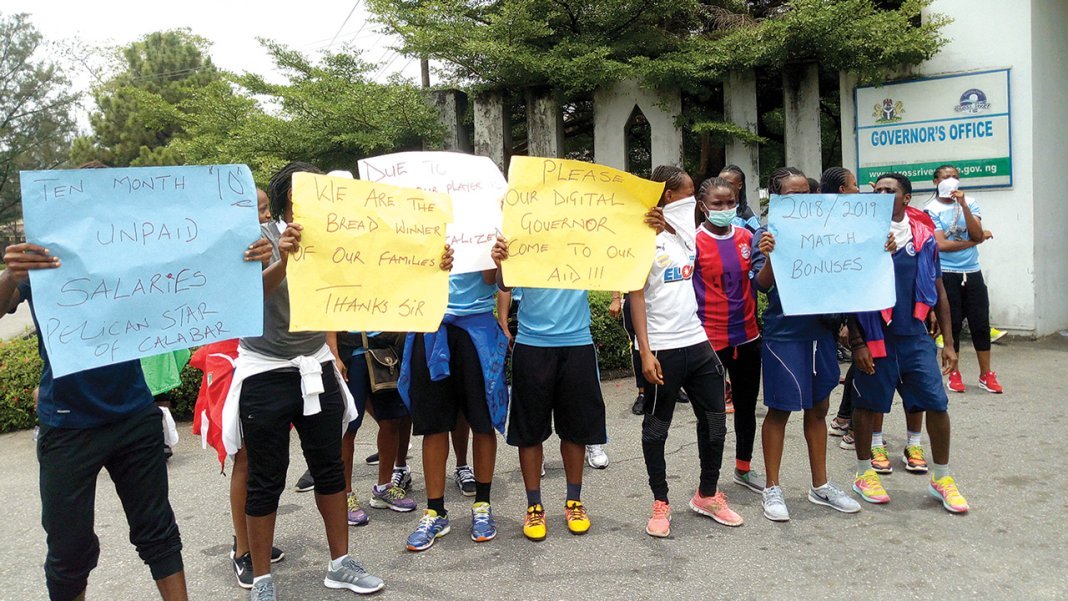 Players of the Cross River State Government female football team, popularly known as Pelican Stars FC yesterday said that they can no longer buy sanitary pads, feed nor take care of their hospital bills owing to non-payment of their 14-month salary arrears by the state government.

The team added that the situation has caused untold hardship to them to the point of begging on the streets of Calabar to survive. They told the state governor, Prof Ben Ayade to disband them if he can no longer pay their salaries.

The team Captain, Hodo Williams who led her colleagues on a peaceful protest to the government house on Wednesday, noted that the State Governor has not given due attention to their plights, stressing that they had severally approached and reminded the state government without any positive development.

Her words, “As I speak to your now, we are very hungry, tired, and sickly. We have no money to attend to our health or buy foods or buy sanitary pads”.

“At present, three of our players are hospitalized, diagnosed with ulcer and they cannot afford the bills. We are being owed 14 months backlog salaries and allowances”.

”So we are on a peaceful protest to demand the payment of our 14 months salaries”.

“If they don’t want the Pelican FC again, let them formally disband us instead of exposing us to mockery and beggarly life”.

When contacted, Chairman of the Club, Kombor Sam said every recommendation as directed by the Governor had been fulfilled and the papers sent to his office, explaining that what was left was his endorsement.

“I am also helpless because we have done all we were told to do, all we are waiting for now is the authorization of payment and that only comes from the governor,” he said.

Also, the Commissioner for Sports, Mr Offu Aya said the ministry had done all it was supposed to do and was awaiting the governor’s approval.

It was gathered that the peaceful protest led the 28 players to the Governor’s gate at about 6.30 am. They departed after 9 long hours without being addressed by a Government Official or receiving any positive response from the Governor. 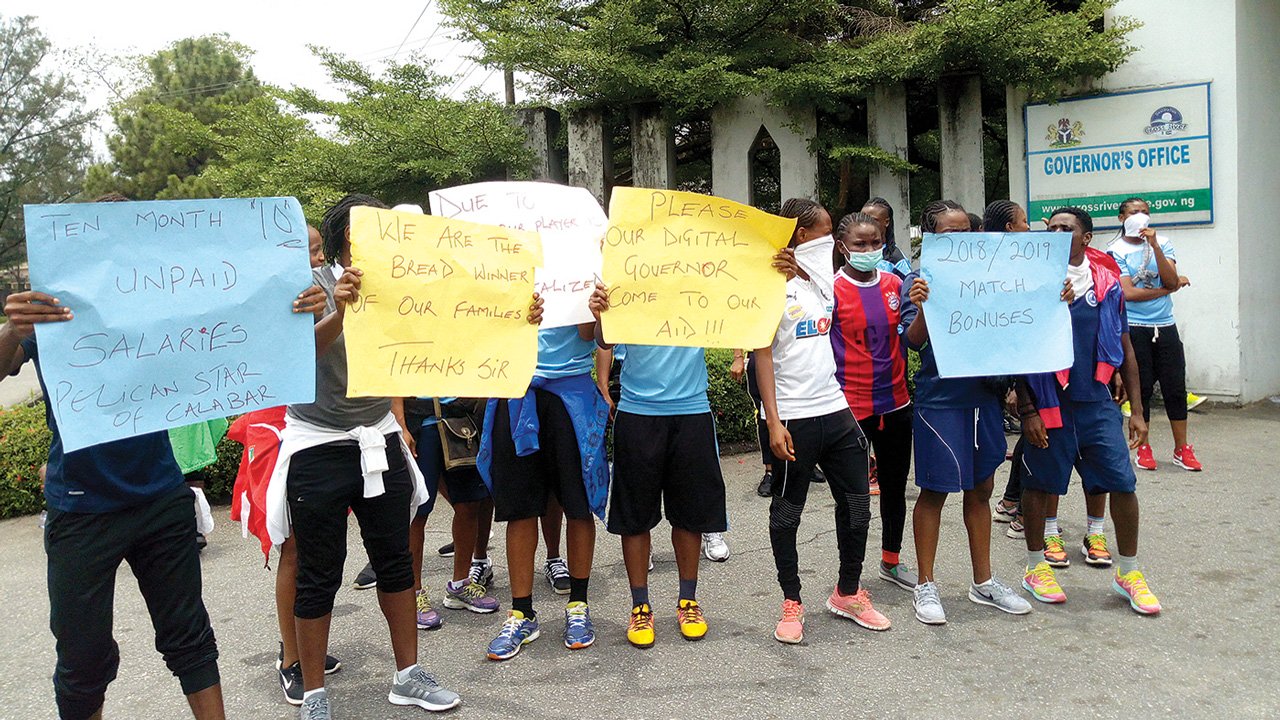 The #EndSARS protest has extended its protest march to Kaduna, today.
ALSO READ:   18 traders kidnapped in C'River. 15 relocate to Akwa Ibom
Hanoky Media observed that the protest, which started from the Station roundabout and ended...
Read more
News

A coalition of civil societies in Osun state has stormed the streets of Osogbo, the state capital in protest over hike in fuel price...
Read more
News

RevolutionNow Protest: We have a deteriorating system that does not allow equality and participation of the masses – Olawale Bakare

In Nigeria, citizens are entitled to basic rights as enshrined in the constitution, part of which is the freedom of assembly and freedom of...
Read more
News