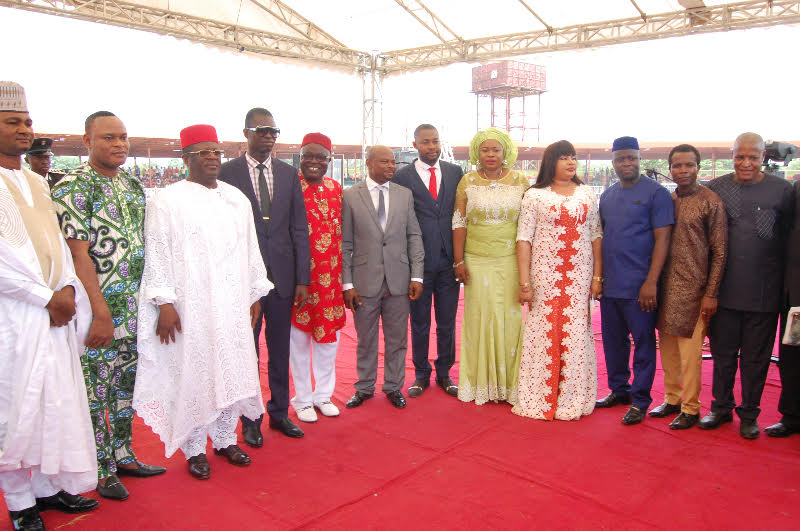 An aspirant in the forthcoming Local Government Elections in Ebonyi State, Hon. Onyibe Udeogu, has approached a Federal High Court sitting in Abakiliki to sack the present caretaker chairmen of the 13 existing local government areas in the state.

Udeogu, who hails from Okposi Achara in Ohaozara Local Government Area of the state also prayed the court to direct the State Independent Electoral Commission (EBSIEC) to conduct elections into the vacant positions in the 13 local government areas of the state.

He also prayed the court to direct the defendants; the Accountant General of the Federation, Central Bank, and Federal Ministry of Finance, to stop releasing funds meant for the 13 Local Government Areas to the present Caretaker Chairmen and Co-ordinators of the 64 development centers in the state.

The suit was filed on 30/6/2020 and was taken by Barr. Vincent Okechukwu and Esq. Ojo Ijelekhai. It was made available to Hanoky Media on Saturday.

“An order of this honorable court compelling the 17th defendant to urgently conduct elections into the vacant positions in the 13 constitutionally recognized local government area councils in Ebonyi state within a reasonable time as to be determined by this honorable court”.

“An order of this honorable court directing the 20th, 21st, 22nd, and 24th defendants to stop the release of funds meant for the 13 local government areas of Ebonyi state to the 1st to 13 defendants, until democratically elected Chairmen and Councillors are in place”.

“An order of the honorable court compelling the 14th defendant to direct the 1st to 13th defendants to immediately hand over to the next highest officer of the LGA, which is the Head of Personnel Management (HPM) pending the conduct of elections”.

“Declaration by the court that the appointment and purported swearing-in of Caretaker Committee Chairmen into the 13 constitutionally recognized Local Government Areas in Ebonyi state by the 14th and 16th defendants is unconstitutional, null and void and of no legal effect whatsoever and same offend the relevant provision of the constitution of Nigeria, 1999 as amended”, he pleaded.

Giving insight into the suit, the Lead Counsel, Barr. Okechukwu explained that his client, as a true Nigerian citizen is seeking for the determination of the court counting on section 7(1) and (4) of the constitution of the Federal Republic of Nigeria 1999 as amended, whether the 14th and the 16th defendants have the power, authority, and the legal backing to appoint Caretakers Committee Chairmen into the vacant position in the council areas of the state.

“Also, before the court, in the provision of sections 162(5), (6) and (7) of the 1999 constitution as amended, whether the 14th and 16th defendants (Governor and the State House of Assembly) has the power, authority, and the legal backing to allocate funds meant for the 13 Local Government Areas in the state to be distributed or made to finance the sustenance of the purported 64 development centers not recognized constitutionally”, he queried.