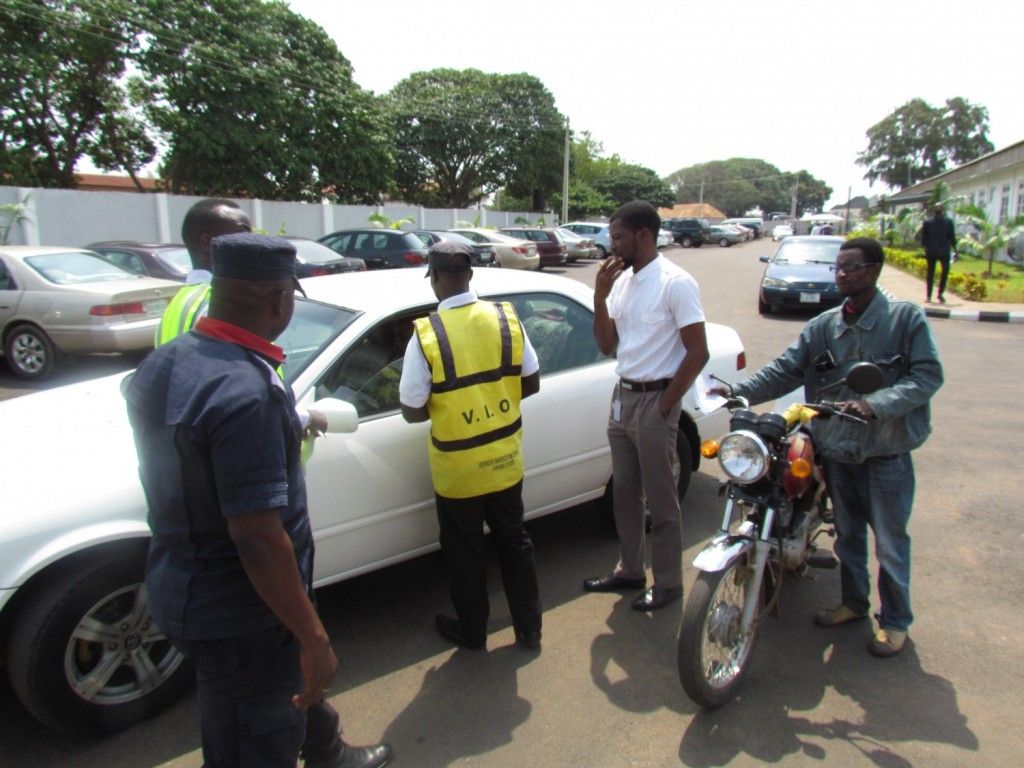 Motorists in Anambra state have raised alarm over fraudulent activities by officers of the Vehicle Inspection Office (VIO) in the state.

Reacting, the Anambra State Commissioner for Transport, Mr Afam Mbanefo, stated that his ministry would investigate the alleged reports.

Mbanefo stated this in Awka while speaking to journalists, saying that the present Anambra State Government led by Governor Willie Obiano, has zero-tolerance for fraudulent activities.

There have been complaints by vehicle owners, alleging that the VIO officials harass and impound their vehicles on trumped-up charges and even end extorting money from them.

A victim who pleaded anonymity told journalists in Awka that his car was impounded for three days by the office for refusing to pay a fine of N50, 000.

“The VIO officials claimed that one of the documents for my vehicle, which I duly renewed, was fake.”

“Their position after I presented the documents was that they have checked on the database for vehicle license and saw that I have a problem.”

“I tried to explain to them that I made the payment through a state revenue officer, whom I later brought to clear me, yet they confiscated my vehicle for three days”, he lamented.

According to the source, “After the invitation of the Motor Registration Staff of Anambra Internal Revenue Service who processed the papers had failed, I then drew the attention of some journalists. The moment they realized that the media had stepped in, the officials called me to take my car.”

“What we are doing is to help normalize the system because our investigations show that some people drive with fake documents.”

“And when you forge a government document, you have to pay a fine”, he said.

However, an impeccable source from the Anambra State Ministry of Transport revealed that the VIO officials were in a serious racketing franchise which they have used to extort many unsuspecting motorists.

“What is happening in the VIO is serious racketeering, being supervised by a political appointee and many vehicle owners have fallen victims already.”

“The person acting as the State VIO is someone that has bluntly refused to hand over to the State-recognized Officer deployed from the Ministry of Works, who is on higher grade level”, the source said.

The Anambra State Commissioner for Transport, who spoke with journalists, assured that the ministry would investigate the complaints, adding that no fraudulent person will be spared.

He said the AIRS and VIO had distinct but complementary roles, adding that what was more important to the VIO was that vehicles are roadworthy.

“Ideally, VIO has stipulated and strategically defined roles, they should know exactly what their roles are, we will investigate this complaint.”

Unless the Anambra State Government acts swiftly, members of Independent Petroleum Marketers of Nigeria (IPMAN) in the state are plotting to shut down operations...
Read more
Politics