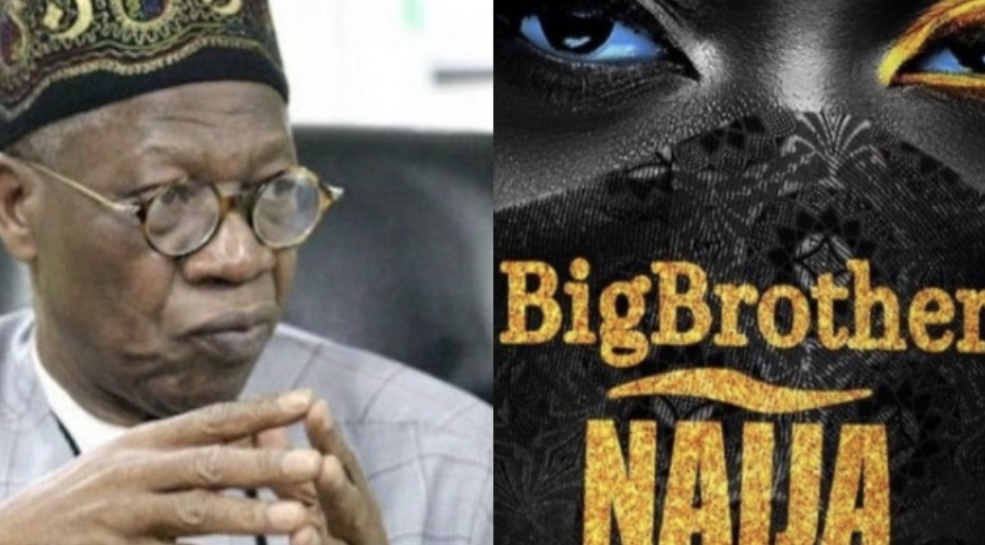 Minister of Information and Culture, Lai Mohammed, has cleared the air over reports that he directed the Nigerian Broadcasting Commission (NBC) to suspend the Big Brother Naija show.

This was disclosed in a statement made by his media aide, Mr. Segun Adeyemi, and made available to Hanoky Media on Sunday.

Adeyemi described the report as speculative adding that there was no memo signed by the Minister to NBC to suspend the show on DSTV.

According to the statement, “The report was not credited to the Minister. We will not dignify speculative reports; if a minister issues a directive, it will not be issued verbally. There’s going to be a memo to that effect which he would sign, so anybody who is sure that the Minister made that statement should provide a memo”.

“As I said earlier, we will not dignify speculative report; if you tune to your satellite TV to Channel 198, I am sure Big Brother Naija is still airing, contrary to the speculative report that the Minister has ordered NBC to suspend the show”.

Prior to the above statement, there were reports in some media outfits that the Minister had called on the broadcasting agency to immediately end the show. It was also stated that the directive was forwarded to the Acting Director-General of NBC, Prof. Armstrong Idachaba, who on Wednesday, July 22, allegedly relayed the order to management members of the commission for possible action.

However, MultiChoice Ltd, the producers of the reality show, has promised that the housemates and the organizing crew will strictly obey all COVID-19 safety protocols. They also explained to NBC that they have secured the approval of the Lagos State Government through the Lagos State Safety Commission (LSSC).