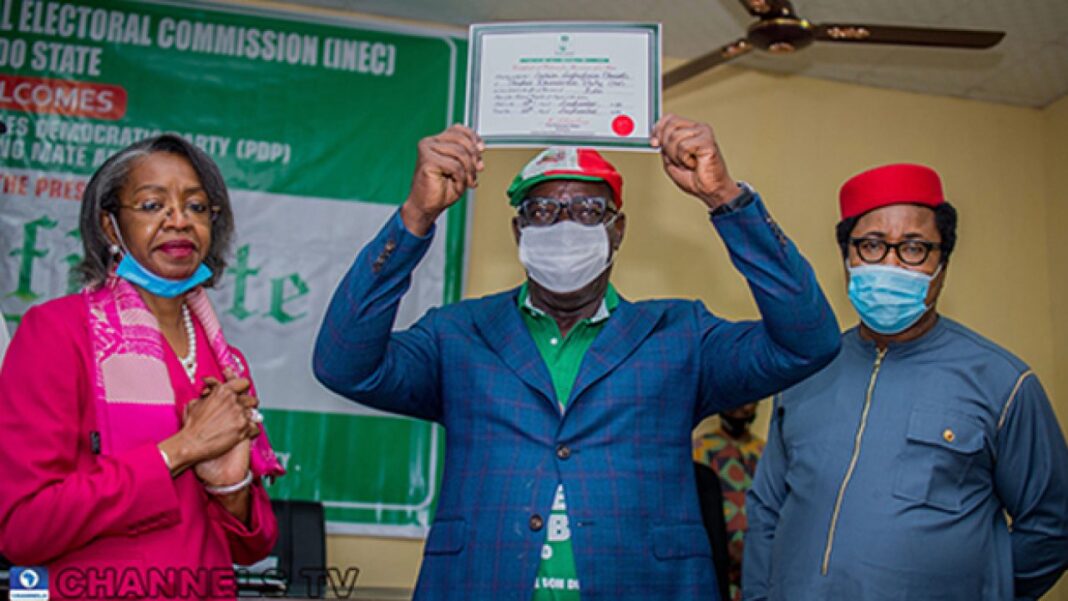 Governor Godwin Obaseki and his Deputy, Comrade Philip Shaibu, have been issued their certificates of return by the Independent National Electoral Commission after their victory in Saturday’s governorship election in Edo State.

INEC’s National Commissioner supervising Edo, Rivers, and Bayelsa States, Mrs May Agbamuche-Mbu, presented the certificates to the winners at the INEC’s office in Benin on Tuesday.

Obaseki, after being presented the certificate of return by the Independent National Electoral Commission (INEC), had in his press briefing, extended a hand of fellowship to the All Progressive Congress (APC) and the former chairman of the APC, Comrade Adams Aliu Oshiomhole.

His words: “On a special note, I want to use this occasion to call on the former chairman of the APC, Comrade Adams Aliu Oshiomhole, that, the fight is over.”

He continued, “We have no malice. The only thing we disagree on is on the approach in moving Edo forward.”

Obaseki also called on his strongest opponent in the election, Pastor Ize-Iyamu of the APC, to work with him on moving Edo State forward.

“I am using this opportunity to extend a hand of fellowship to my brother, Pastor Osagie Ize-Iyamu and his other colleagues in the APC to join us and work with us so that we can move Edo State forward.”

“We are one family in the pursuit to provide services and the public vote for our citizens.”

“I want to put it on record that the election of Septemeber 19, 2020 has been adjudged as one of the best-conducted election in terms of it being free and fair. Our citizens have decided that for now, they trust us more with the affair of leadership. It does not mean that they did not have a role to play. It does not mean that they are not part of a family”, he stated. 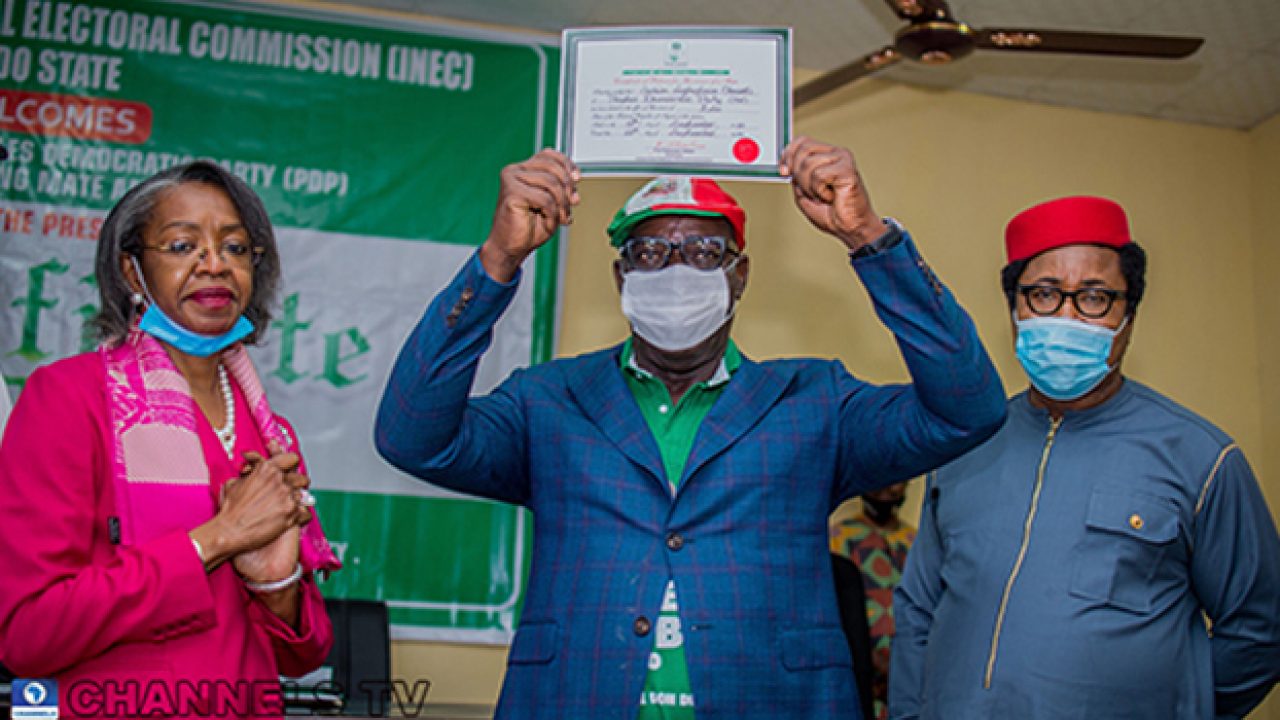 The Candidates of the People's Democratic Party (PDP) were on Sunday, declared winners of the Chairmanship Positions in the 13 local government areas in...
Read more
Opinion