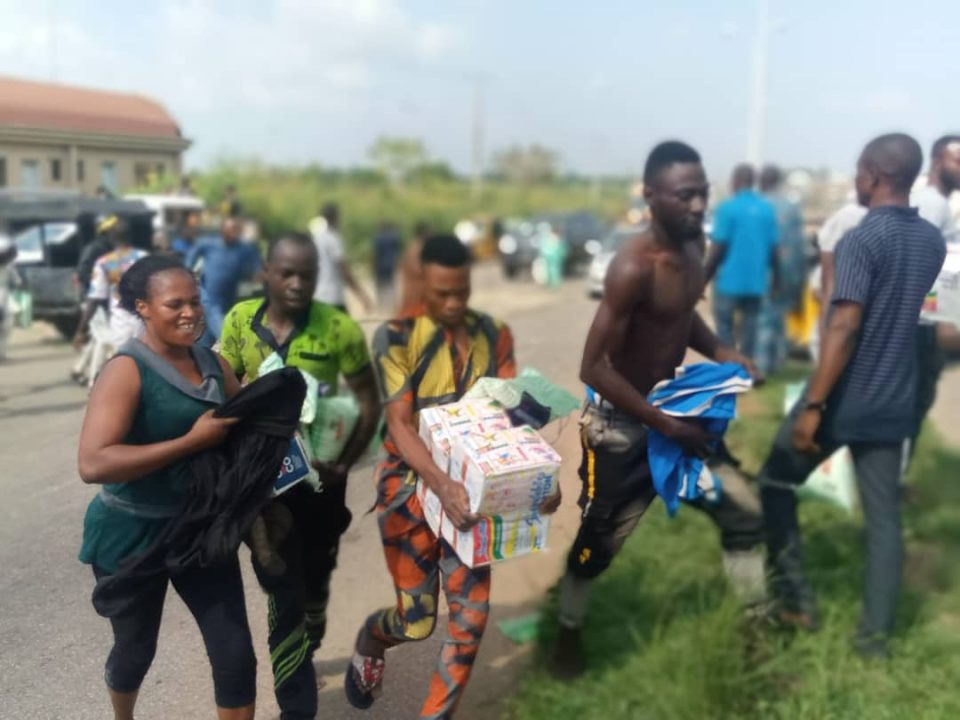 This was contained in a statement signed by the Commissioner for Internal Security and Home Affairs, Samuel Aruwan, dated Saturday 24th October 2020.

The statement also revealed that “security agencies have been directed to arrest and prosecute anyone found violating the curfew”.

It also stated that those responsible for the breakdown of law and order would be dealt with.

“Security agencies have further been directed to effect the arrest and prosecution of anyone found looting and destroying properties”, the statement read.

The imposition of the 24-hour curfew in Kaduna is coming hours after angry youths today, had broken into a COVID-19 warehouse and carted palliative items away.

The warehouse, located at Tanko Tete road, off Gwari Avenue, Barnawa, Kaduna South local government area was alleged to have belonged to the Kaduna Commissioner of Planning and Budget Commission, Thomas Gyang.

The warehouse was said to have housed about two trucks of palliative items that consisted of sugar, noodles, spaghetti and other edible items with COVID-19 palliative inscriptions on them.

Although security operatives were deployed to the area, it took a while before they could disperse the excited crowd who could be seen helping themselves to a bountiful harvest.

The Commissioner, Thomas Gyang, denied ownership of the property when contacted, but confirmed the looted palliatives were meant for Chikun Local Government Area.

His words, “It is not my house. It is a place where they kept the palliative for Chikun local government.”

The Kaduna State Government has since condemned the looting and other concerted incitements being carried out on social media, appealing to all communities to reject incitements and resist attempts to create chaos and anarchy in the state.