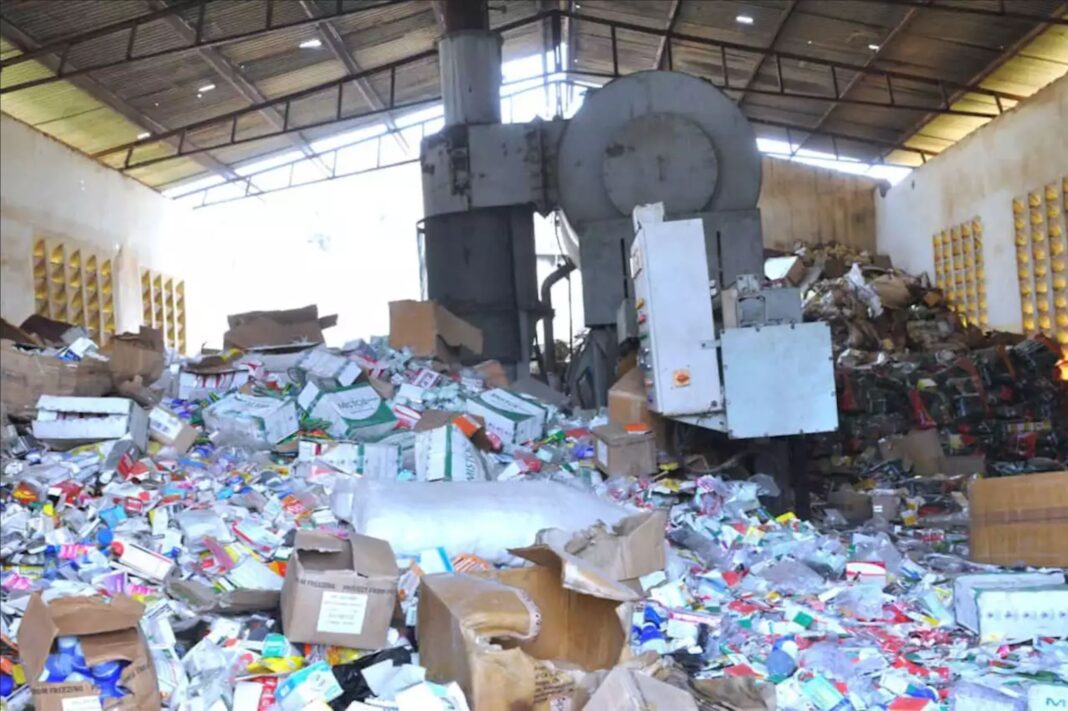 The Kaduna State Commissioner for Internal Security and Home Affairs, Mr Samuel Aruwan, has stated that looters of the COVID-19 palliatives in the state were instigated.

He disclosed this while featuring on a programme on Invicta FM radio in Kaduna.

He also disclosed that about 18 suspects have been arrested in connection with the incident and would be charged to court whenever the 24-hour curfew in the state is lifted.

Recall that thousands of youths had on Saturday, invaded an unoccupied residential house in Gwari Avenue, Barnawa Area of Kaduna metropolis, and looted palliatives meant for Chikun Local Government Area of the state.

The mob, who were on a rampage, also broke into the National Agency for Food and Drug Administration and Control (NAFDAC) store in Narayi area of the city and looted items which include fake, expired and adulterated drugs that were seized by the agency.

Some private business places and residential houses were also vandalized by the mob, forcing the State Government to declare a 24-hour curfew to forestall the further outbreak of law and order.

The Commissioner, who condemned those “justifying or moralising what happened”, also dismissed insinuations that the state government hoarded the palliatives.

His words, ”For me, all that happened were remotely controlled. They were instigated by many forces behind the scene and the long and short of the security deductions in the state is the fact that some people want bloodshed in the state at all cost.”

ALSO READ:   Warehouse where COVID-19 palliatives were looted is not mine, Kaduna Commissioner cries out

“Because first, they tried all that they can to have a spontaneous and violent nature of protest which never happened.”

”They also came up with the issue that a prominent Islamic cleric was killed in Kaduna Correctional Centre which turned out to be false,” he said.

Speaking further, Aruwan said: “There is nowhere, there is no place that Kaduna State Government hoards palliatives meant for citizens.”

“There are no palliatives that were diverted by any government official, whether Commissioner or any other person that is a Staff of the Kaduna State Government.”

According to him, ”What happened was pure mischief, purely deliberate misrepresentation to instigate and incite people to carry out an action that is purely unwarranted and unjustifiable.”

He regretted that ”a group of people used the social media to tell people that Kaduna State Government or some government officials were actually hoarding palliatives meant for the people.”

“They instigated people and people reacted, went there and destroyed the place and looted everything,” he lamented.