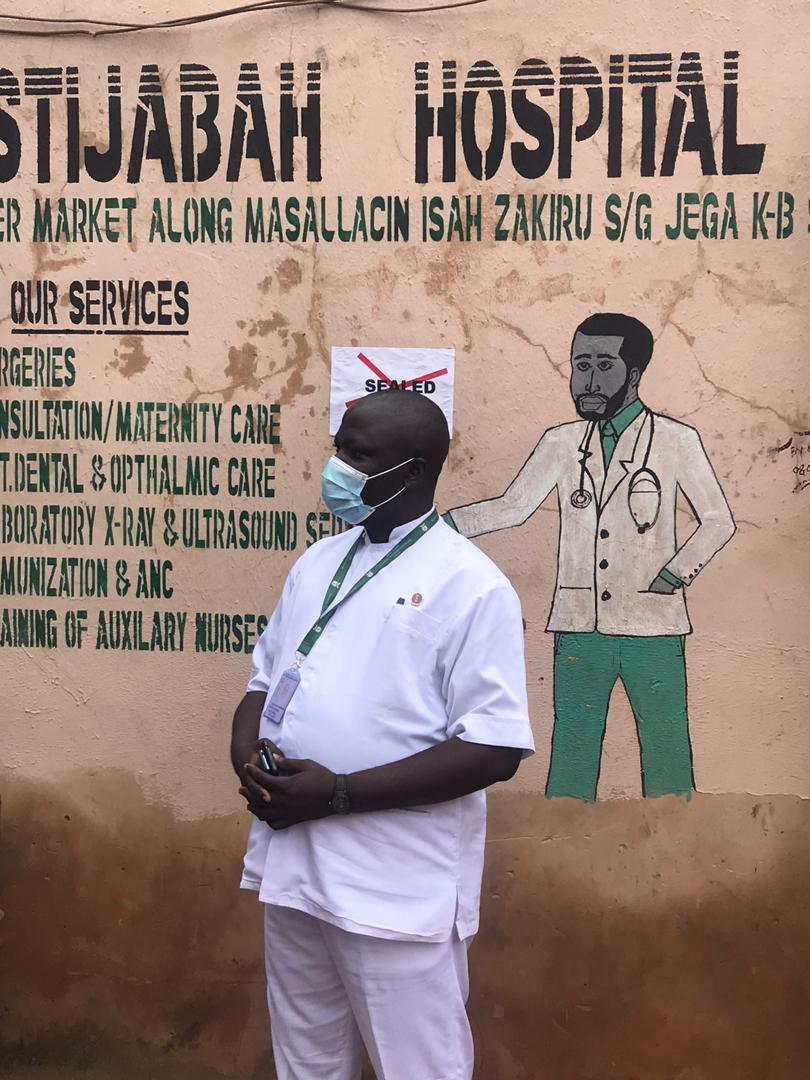 Sequel to the resurgence of quack medical practitioners and illegal hospitals in the country, the Nursing and Midwifery Council of Nigeria, in conjunction with the Association of Nigerian Nurses and Midwives have sealed off an illegal hospital and a training center in Jega Town of Kebbi State.

Al-Istijabah Hospital, located off BLB Supermarket along Isah Zakiru Mosque Jega, was sealed because of its deplorable state, lack of certification and accreditation by neither the State Ministry of Health nor any of the nursing councils of Nigeria, and the Medical Association of Nigeria (MAN).

Leading members of both councils to the illegal hospital and training centre was the committee chairman, Abubakar Shehu Zauro.

His words, “The hospital has a record section, which also serve as the pharmacy, wards, laboratory, theatre, and a section set aside for admission and training of auxiliary nurses.”

“The place, as you can see, is an eye sore, not even habitable for human let alone the standard of a hospital.” He added.

Hanoky Media, while at the hospital, observed that apart from members of staff, 5 students were undergoing an illegal auxiliary nurse training course.

Also, a paediatric patient was on admission and was immediately transfered to a public facility at the instance of the committee chairman, where the patient would get proper medical care.

The Medical Director of the Hospital, Oladejo Olayinka Dauda, was nowhere to be found when members of the committee arrived, and efforts to get him in person before the committee proved abortive as his staff claimed to have no idea of his whereabouts.

When the committee finally got hold of him on his cellphone, he was asked to come forward and present himself to the committee. He blatantly refused.

Meanwhile, the Chairman, National Association of Nigerian Nurses and Midwives, Kilani Abdul-Waliyu, and the Chairman Nursing and Midwifery Council of Nigeria, who is also the Director, Nursing Services in the State Ministry of Health, Abubakar Shehu Zauro, vowed that the issue of quackery would no longer be tolerated in the Nigeria Health Sector. They cautioned that henceforth, anyone caught will be made to face the full wrath of the law.

As at the time of filling this report, the Medical Director of the illegal Al-Istijabah Hospital, Oladejo Olayinka Dauda, was nowhere to be found and had not reported himself to the committee as expected.