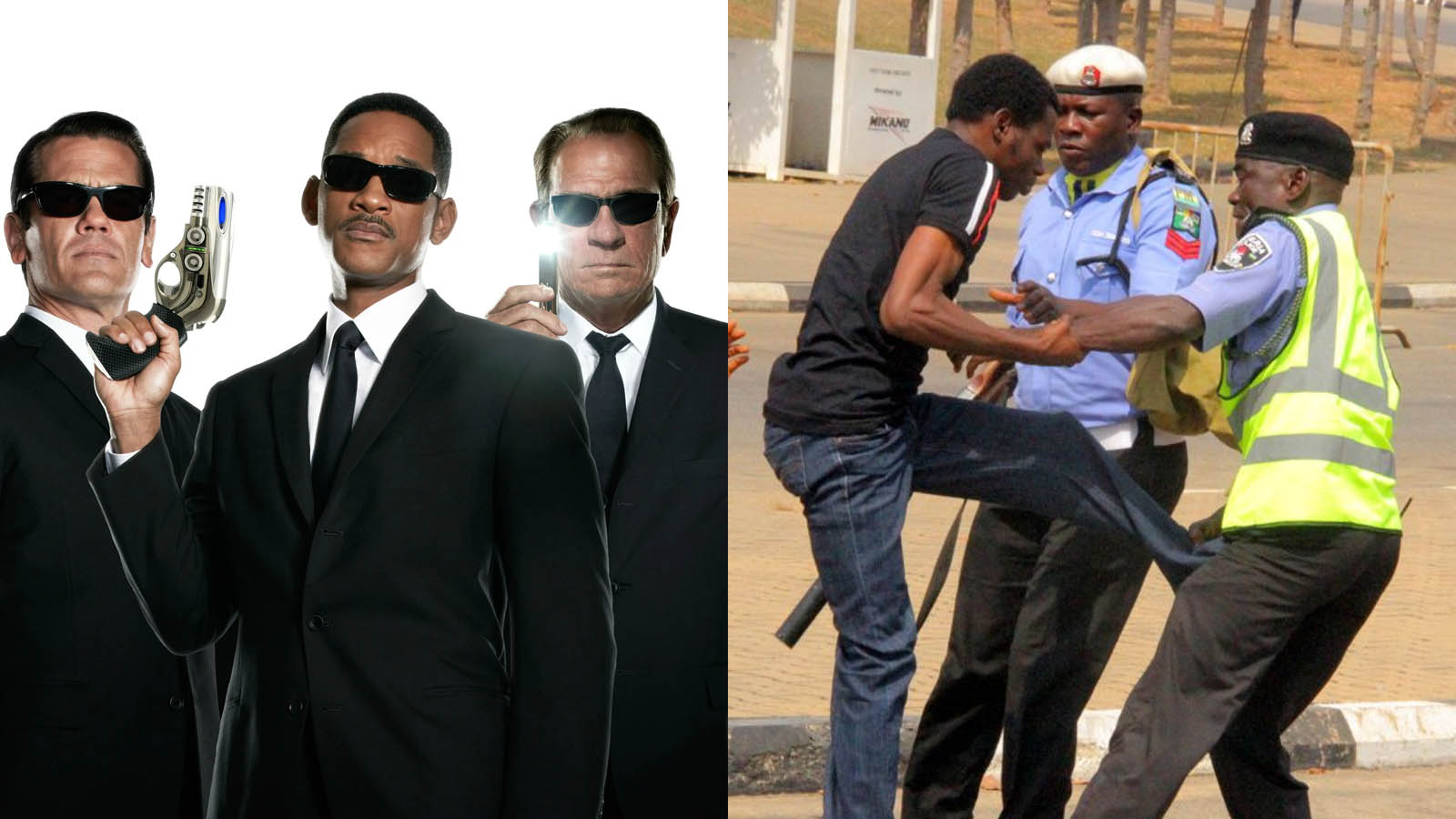 Nigeria, not left out, also shares a common allegory with Sonnenfeld’s MIB, as she possesses her audacious, batons and guns intra-national security enforcers called the Nigerian Police Force (NPF), who equally double as our Men In Black (MIB). Having been empowered to fight crime and criminality as well as protect the citizens of the country, the irony of some of its contradictory operations are not really lost on us.

Still, it is on record that Nigerians should bank on their promised friendship when in an encounter with our NPF, but is this really the case?

Are our MIB focused on their obligation to serve and protect?

We examine another mind-boggling event that occurred during the week. The invasion of the serene residence of the erstwhile Managing Director of the NDDC could easily be described as a Hollywood blockbuster, judging by the commando-like manner in which our Men In Black stormed her home. Not only did they forcefully wrench the gates open, but they also tried gaining access to her main house with the intent to whisk her away.

Luck was however on the side of the hitherto MD of the NDDC as the fiery Governor of Rivers State and a long time ally of Dr. Nunieh; Governor Nyesom Wike came to her rescue. He was obviously not clad in a blue, and red-caped spandex like Clark Kent’s alter ego but only in blue casuals, demanded a warrant of arrest from the marauding men. In a blatant show of shame, our Men in Black possessed nothing of that sort.

Heralding his victory, Governor Wike sent the armed policemen away and triumphantly, moved Dr. Joy Nunieh to the heavily fortified government house, away from any likely attempt at accosting her under the guise of an arrest.

Amid the pandemonium, Nigerians are curious to know the mastermind behind the unlawful arrest of Joy Nunieh. Governor Wike, in his parley with the press, alleged the denial of both the Commissioner of Police of his state as well as the Inspector General of Police over the attempted arrest of the ex-MD.

One fact to be deduced from this act is that whoever masterminded the unlawful invasion of Dr. Nunieh’s home was a high profile government official. Though, many suspicions continue to trail the actors of the NDDC imbroglio which has seen Nunieh torn in a cloak and dagger posture against the Minister of the Niger Delta, Dr. Godswill Akpabio.

Despite all this, the Nigerian Police Force has once again displayed its infamous unprofessional conduct. Once again, the Force has played pawn in the hands of a masked mastermind, and again, our MIB has run foul to the law.

It is an embarrassment to the fact that the police can give vent to unbridled impunity and flagrant disregard for the upkeep of law and order that is supposedly their sole mandate.

While Sonnenfeld’s MIB are resolved to fighting inter-galactic forces whose motive is the annihilation of Earth, our Nigerian MIB should seek to wage war against all criminality instead of going at innocent citizens who ironically are the very ones who they have been empowered to protect.

They should remember the primacy of their duties which includes safeguarding lives and property, serving their community, protecting innocent people, keeping the peace, justice, and equality, and ensuring the right of everyone to liberty.

By all means, they should keep their part of the promise when they say “Police is your Friend”

The Federal Government has stated that it shall resume International flight operations on August 29, 2020. This statement is coming after about five months that...
Read more
News