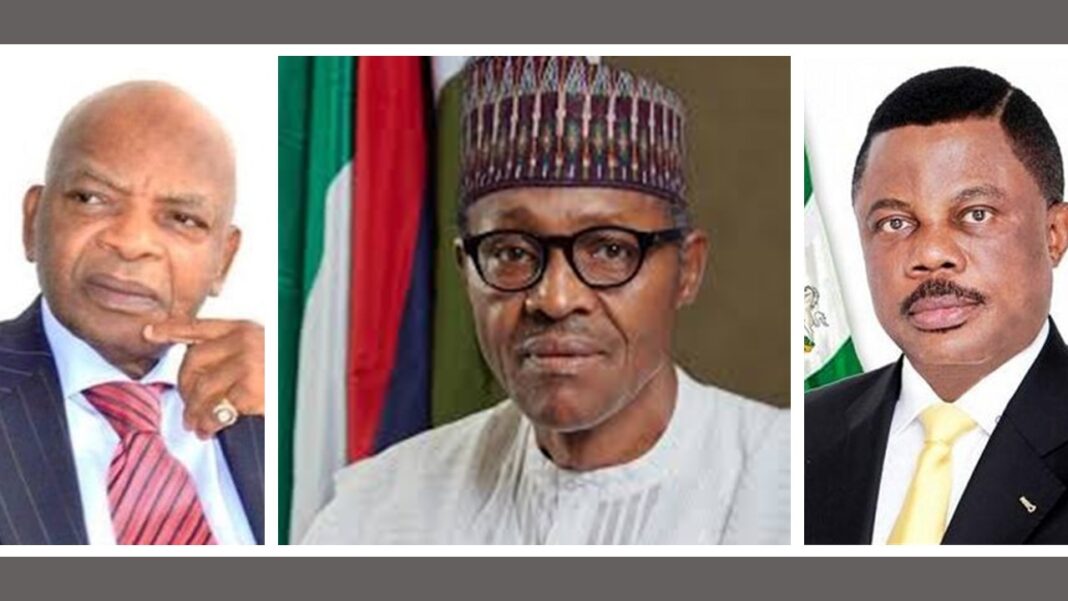 Indigenes of Aguleri, the home town of the Anambra State Governor, Mr Willie Obiano have disowned their traditional rulers for joining the oil mogul, Prince Arthur Eze on a trip to Abuja to see President Muhammad Buhari without the approval of the State Government.

Aguleri, made up of five communities, voiced out their feelings in a peaceful protest on Monday against their two monarchs, HRM Alex Edozieuno of Mkpunando and HRM Peter Ikegbunem Udoji of Eziagulu communities who were part of the controversial trip.

They called on the State Governor to also revoke their certificates.

Recall that Obiano had early last week suspended 13 traditional rulers including Igwe Edozieunoh and Igwe Udoji who were part of the trip.

The 13th monarch, Igwe Peter Uyanwa of Ukwulu had earlier been suspended by the Governor over the crisis in his community.

Alor community, whose monarch, Igwe Mac-Anthony Elibe Okonkwo was among those suspended by the Governor, had earlier been disowned by his community.

Hanoky Media gathered that Igwe Okonkwo, despite having tendered apologies to Governor Obiano, might have his certificate revoked.

Aguleri indigenes, who met at Obu Gad (the town square) to protest against the conduct of Igwe Edozieunoh and Igwe Udoji, said that their disgraceful conduct can no longer be tolerated.

Elders of the community who spoke through Ichie Aruno Odefi, called on the Anambra State governor, Chief Obiano to remove the two monarchs, saying that their conduct has not only been disgraceful but negates the love the town has for Obiano who is also a son of the soil.

“They can not continue to be monarchs. Aguleri town has five communities, but these very two traditional rulers have not represented us well.”

“The height of it is joining other traditional rulers to Abuja to go and report our son, Obiano to Mr President.”

“We have had enough and will no longer take it. If Obiano does not want to remove them, then let them become traditional rulers at the government house, and not for Aguleri communities”

The Presidents General of the five communities in Aguleri who also spoke through Barr Hippo Onwuegbuke condemned the action of the two monarchs.

He said even if the two apologised, the people will no accept it because they are already fed up with their disgraceful conduct.

“Look at this crowd that trooped out to protest against them. What will you tell them that will appease them? The best thing is for the monarchs to toe the line of honour and resign their kingship.”

“The people are already calling on Obiano to remove them as you can see.”

Attempts by our correspondent to reach Edozieuno and Udoji was not successful as security men at their respective palaces said they had no instruction to let any visitor in.

However, Hanoky Media reliably gathered that some of the suspended traditional rulers have tendered written apologies to the State Governor to save their position. 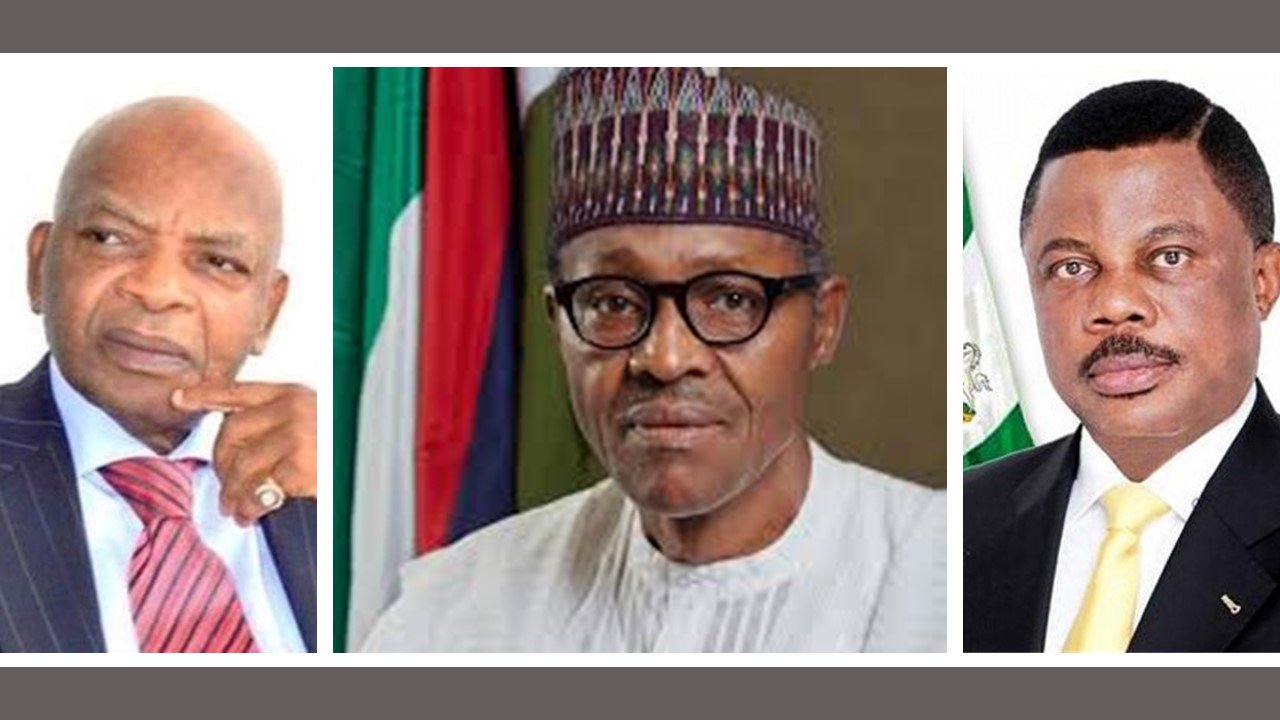 Ex-Nigerian striker and Nigerian football ambassador Daniel Amokachi 'The Bull” has been named as Special Assistant on Sports by President Mohammadu Buhari. The announcement was made...
Read more
Politics

The President of the United Church Of Christ In Nations (UCCN), Rev. Amos G. Kiri has called on the Federal Government to protect the...
Read more
- Advertisement -