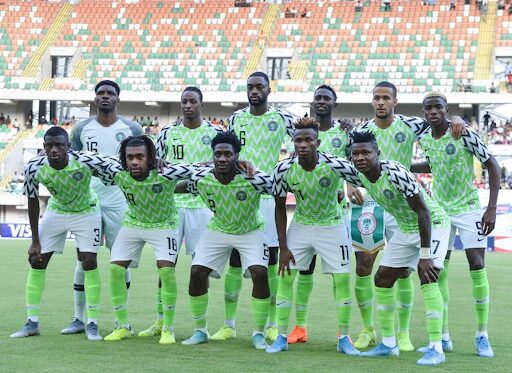 The Nigerian Football Federation has confirmed that the Nigerian Senior National team “The Super Eagles” would play two friendly games during the next international break.

The friendly game which would see Nigeria play two of the best team’s in Africa (Ivory Coast and Tunisia) will be held in Vienna, Austria on the 9th and 13th of October 2020.

This was revived by the NFF President, Amaju Melvin Pinnick when he twitted, “On the 9th of October, the Super Eagles will play former African champions, Côte d’Ivoire in a friendly game, then face another African giant and former champions Tunisia, four days later, on the 13th.”

“Both games will be held in Austria for a few obvious reasons. Due to the COVID-19 protocols presently in place and the proximity of the bulk of our team as well, Austria was seen as an ideal venue.”

“I’ll have to stress as well, that ALL costs will be borne by the Football Federations of both Nigeria and Côte d’Ivoire, as well as Tunisia.”

It should be recalled that Nigeria last faced the Carthage Eagles of Tunisia at the 2019 African Cup of Nations held in Egypt. Odion Ighalo’s early strike was good enough to secure a bronze medal for Gernot Rohr’s side.

Nigeria and Ivory Coast’s last meeting was in a friendly game held in the UAE in 2015. The Elephants came out victorious on the night courtesy of the Solomon Kalou’s solitary effort.

After a long COVID-19 induced break, Gernot Rohr and his boys would return to action. The last time the Super Eagles played the national team football was in November 2019, an African Cup of Nations qualifying game against Lesotho.

Therefore, the games against Ivory Coast and Tunisia would be the team’s first in 2020.