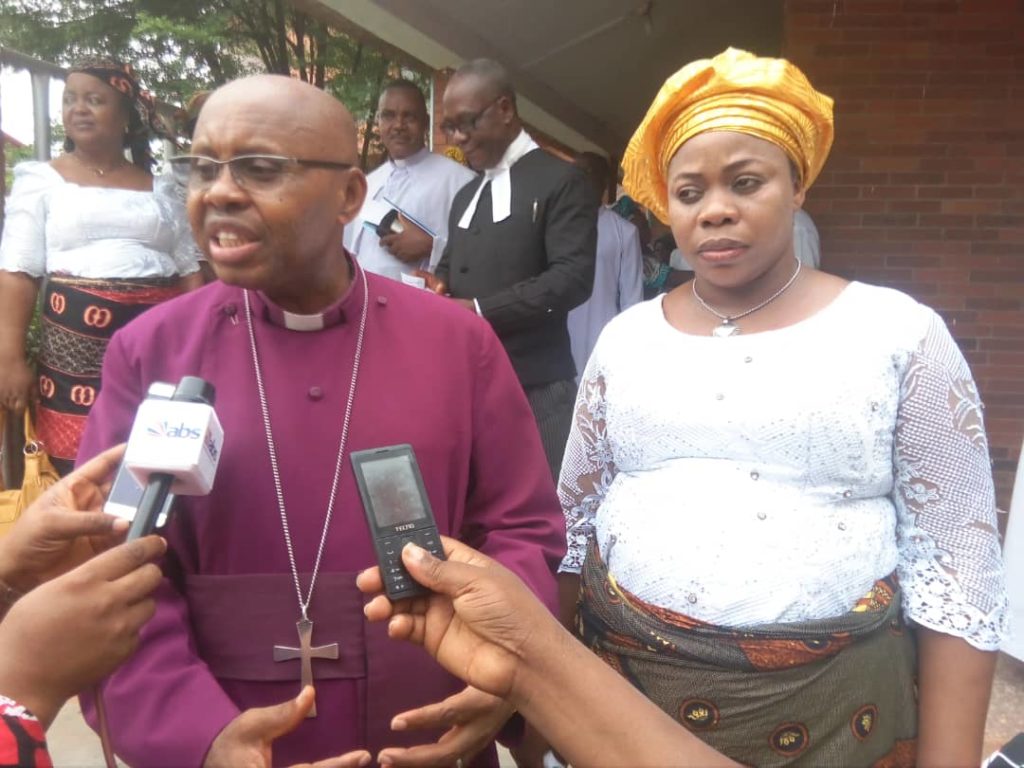 Wife of​ Archbishop Province of​ Niger, and Bishop of Awka Diocese, Anglican Communion,​ Most Reverend Alexander Ibezim, Mrs. Martha Ibezim has urged mothers to rededicate themselves to the better upbringing of their children and wards.

Mrs. Ibezim​ in a statement stated that​ mothers must rededicate themselves to​ encourage parents to be responsible for their children’s progress both at home and in schools.

According to her, if mothers take-up their responsibility it would​ support teachers’ efforts for the better upbringing of the children.

She also appealed to mothers not​ to relinquish their roles in the family to anyone, as such would create problems​ among children.

She also appealed to parents to always show patience and great discipline before their children and ensure that their pupils compete favorably with their contemporaries in reading and writing skills especially in this e-learning period. She also encouraged teachers to do all​ for children upbringings.

According to her, malnutrition remained a great challenge and a setback to children because they are​ ​ ​ susceptible to deadly infections with a slow recovery rate from illness that retards their physical and cognitive development.

She​ also appealed to mothers to ensure that​ their children do not​ suffer from Severe Acute Malnutrition (SAM) as it leads to the early death of children from common childhood illnesses like diarrhea, pneumonia, and malaria.

Mrs. Ibezim raised alarm on the growing cases of obstetric fistula in Nigeria and the world at large with about 20,000 cases yearly and decried the pains, agonies, and suffering as well as stigmatization women suffering from fistula go through in the society especially untreated cases.

She called for better access to sexual and reproductive health services, including family planning and maternal health services by child bride once any is identified to reduce the high rate of obstetric fistula.
She called for sensitization on the provisions of the Child Rights Act, even as she advocated for immediate measures aimed at strengthening of the criminal justice system to checkmate abuses and violation against child rights with strict implementation by all levels of government as well as improved access to education and eliminating gender gaps in education.

Mrs. Ibezim advocated for mentoring for children as it provides them with good leadership examples in resilience, hard work, and selflessness needed to stir the ship of the nation since they are hoping for a better tomorrow.