3 senators representing Ebonyi State and a member of the House of Representatives were among prominent members of the Peoples Democratic Party (PDP) that were absent in its state congress recently held on Saturday at the Pa Ngele Oruta Township Stadium, Abakiliki

The reasons for their absence were not disclosed but it is suspected to be in connection with their alleged demand for a new state party executive ahead of the 2023 governorship elections in the state.

During the congress, Governor David Umahi called for peace in the party, saying that there was no reason for tension.

On the absence of the Federal Lawmakers, he said, “I want to commend our National Assembly members. If anybody has angered you, please caucus leader we will have a meeting on Thursday evening, tell the other senators and Reps who are not here. I am the father of the state and we have worked together in 2015 and 2019”.

“There is nothing that can divide us, whatever is any misgiving if any, let us discuss on Thursday and move forward. This is very important”, he continued.

At the conclusion of the state congress, leaders led by Barr. Onyekachi Nwebonyi were re-elected to pilot the affairs of the party for the next 4 years in the state

The re-elected state chairman of the party, Onyekachi Nwebonyi, assured that the state executives will continue to entrench internal democracy in the party.

Hanoky Media gathered that Sen. Obinna Ogba has begun a buildup to contest the 2023 governorship position in the state. 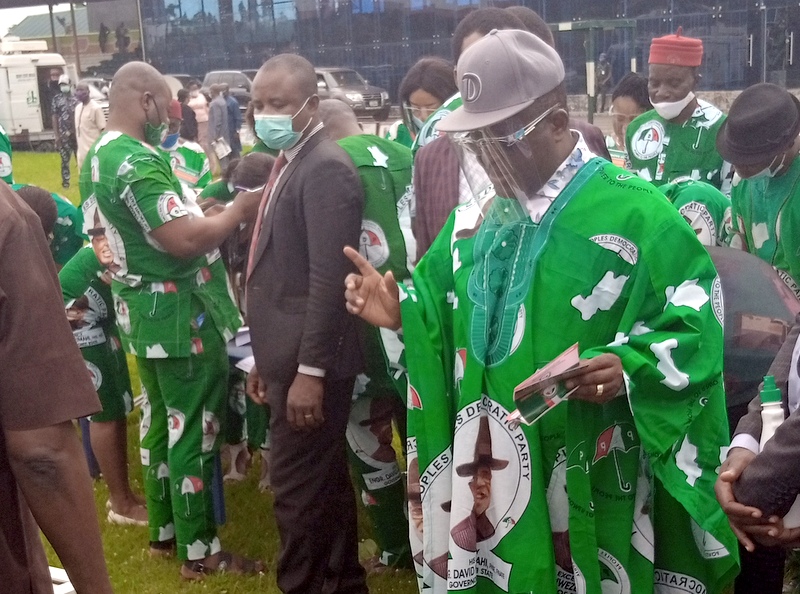