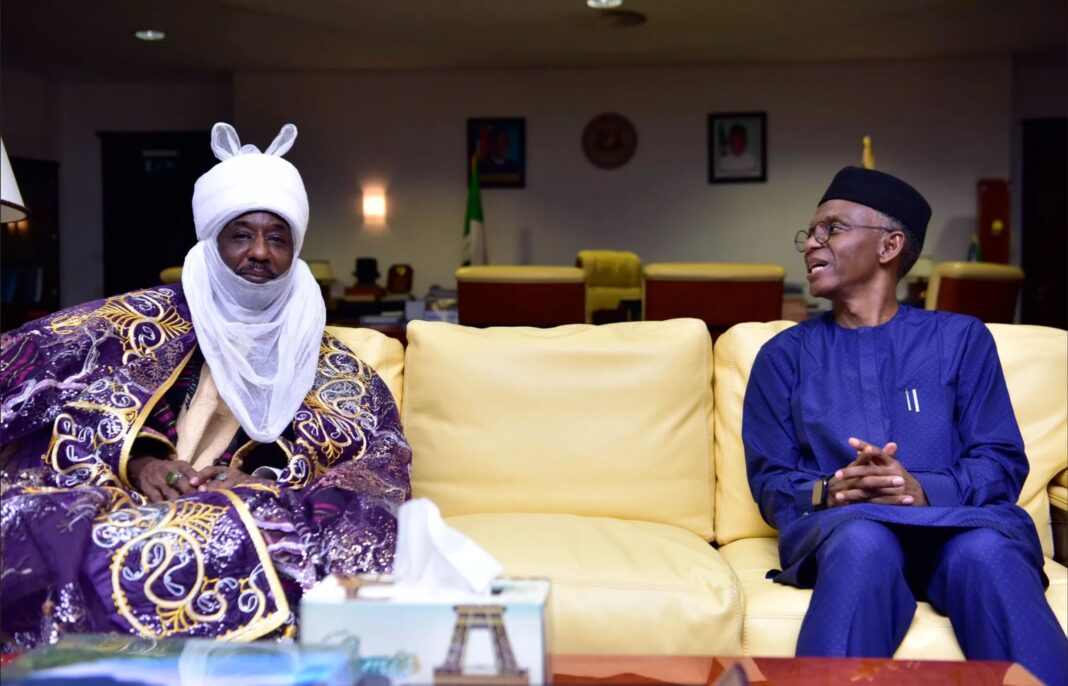 The former Emir of Kano, Sanusi Lamido Sanusi II arrived Kaduna on Sunday for a visit to Governor Nasir El-Rufai at the Kaduna Government House.

The private jet carrying the former Central Bank governor landed at the Kaduna airport at about 10:30 a.m. on Sunday.

From there, he moved to the Kaduna State Government house where he had a meeting with Mr El-Rufai.

This would be his first appearance in the North since his deposition on March 9 by the Kano State Government.

Hanoky News gathered that a large crowd on the roadside welcomed the deposed Emir waving and singing chants of ‘Sarki’.

The close aide of the former Emir, Dr Suleiman Shinkafi explained that the Ex-Emir would be in Kaduna for a week to receive visitors who had wanted to visit him in Lagos.

He said, “Since his dethronement, many people had wanted to visit him in Lagos. But the monarch decided to relieve them from the stress of travelling as far as Lagos.”

Shinkafi added that the deposed monarch will later visit Sokoto to greet Sultan Muhammad Abubakar Sa’ad, and thereafter move to Azare in Katagum Local Government Area of Bauchi State, where his late grandfather, Muhammad Sanusi I, stayed when he was deposed by the late Sardauna of Sokoto, Sir Ahmadu Bello.

Earlier, Sanusi who was visiting Kaduna for the time since his dethronement was received at the Airport were his admirers had gathered to welcome him.

The last time he was in Kaduna was during the celebration of the 60th birthday anniversary of Governor El-Rufai.

The Governor, immediately after his dethronement, had promptly appointed him the Chancellor of the state-owned Kaduna State University and Vice-Chairman of the state’s investment promotion council.

He is also expected to be involved in the activities of the Kaduna State University and the state investment matters. 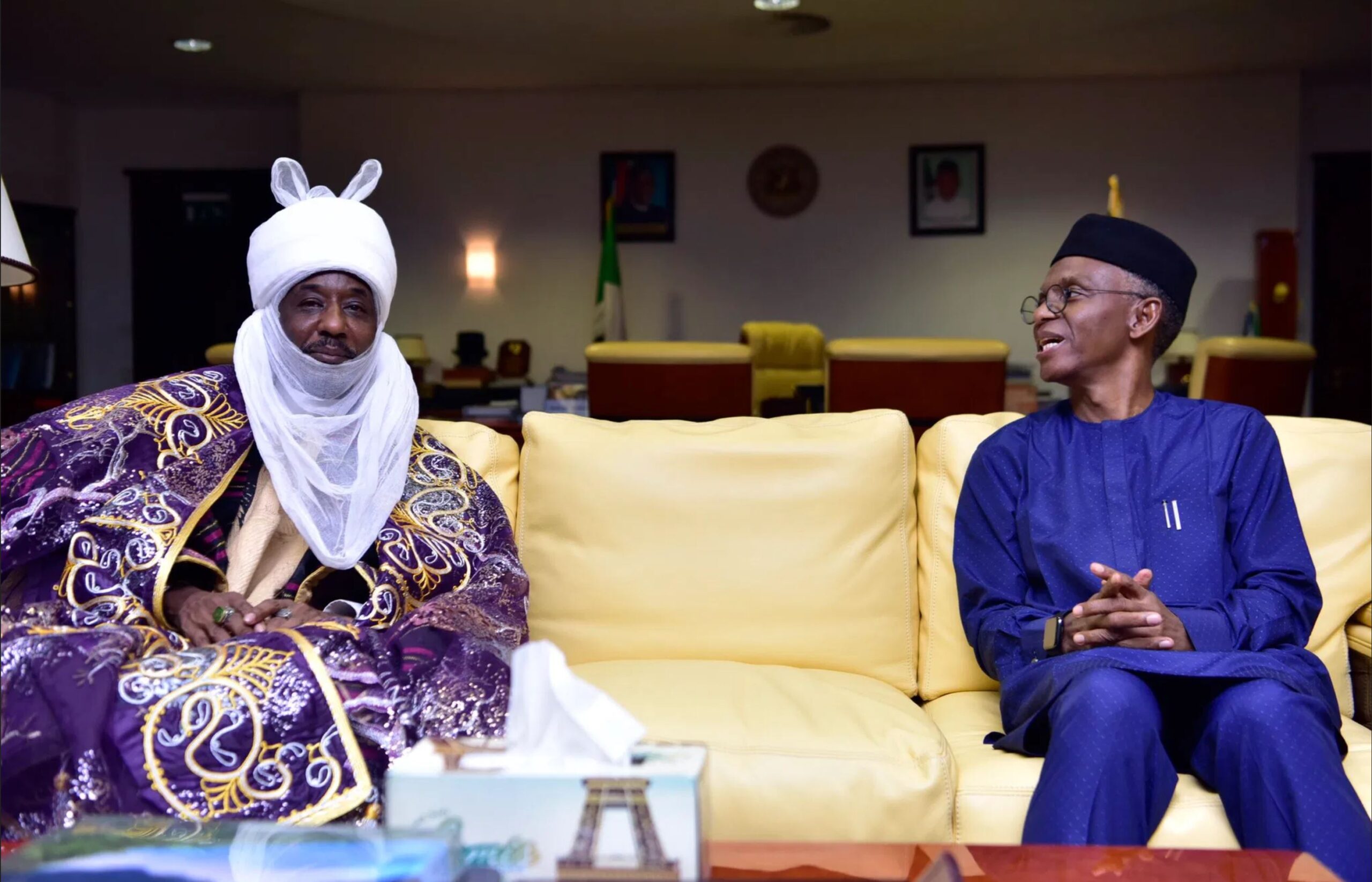 EndSARS protesters in Kaduna have staged a peaceful protest over police brutality, banditry, kidnapping and other vices that have been rocking the state.
ALSO READ:   Kaduna Security Update: Kaduna relaxes curfew in 2 local governments
They demanded...
Read more
News