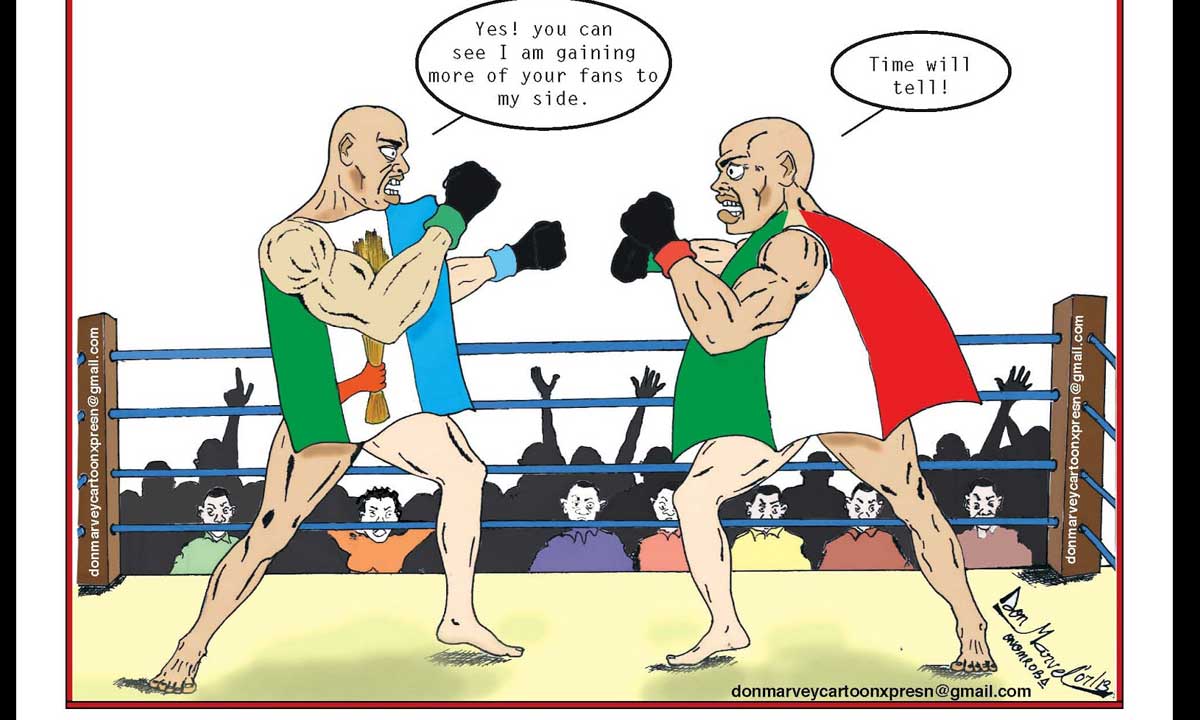 With the gubernatorial elections scheduled for the 19th of September, the rivalry between the political behemoths of the APC and the PDP have once more reignited their feisty duel after the seeming hiatus of the opposing party in the scheme of Nigerian politics.

Following the defeat of the PDP in 2019, the APC gained prominence in the political sphere, capturing most of the states and asserting their dominance in the Nigerian government.

However, recent events have seen the strength of the ruling party weakened owing to the jostle for party supremacy within the APC. First was the loss of key states such as Bauchi, Oyo, and Zamfara.

Bayelsa, which had been in the grip of the opposition-led party, PDP, was on the verge of being captured by the ruling party, APC. Alas, the hammer of the Supreme Court struck out David Lyon’s bid in emerging as the APC Governor.

Interestingly, the intrigue between the erstwhile National Chairman, Comrade Adams Oshiomhole and his political godson, the Governor of Edo State, Mr. Goodwin Nogheghase Obaseki lingered unfettered for months. This seemingly ignited the disqualification of the incumbent by the Professor Jonathan Ayuba led committee and the subsequent removal of Comrade Adams Oshiomhole, following his suspension by his ward in Etsako West Local Government Area of Edo State.

The soul of the party was once more sought after by two prominent political stalwarts of the party namely Hon. Victor Giadom and the late Chief Abiola Ajimobi whose position was filled by the fiery Hilliard Eta. But for the fortunate intervention of PMB, the ruling party was virtually on the brink of annihilation from within, following the plethora of litigations flying left, right and center.

With Obaseki joining the PDP and also flying the PDP flag at the polls, the opposition party is once more seeing Edo state as a veritable means of equalling the ruling party’s number of states within their kitty.

With the APC currently having 18 states to their credit, the PDP having 17, there is perceived to be a heated battle between these political titans come September. Whichever way the election goes, it is bound to either make or mar the chances of both parties at the 2023 polls.

Consequently, the gubernatorial elections in Edo state are not just a battle for who rules the state but a permutation towards the 2023 duel by both parties.