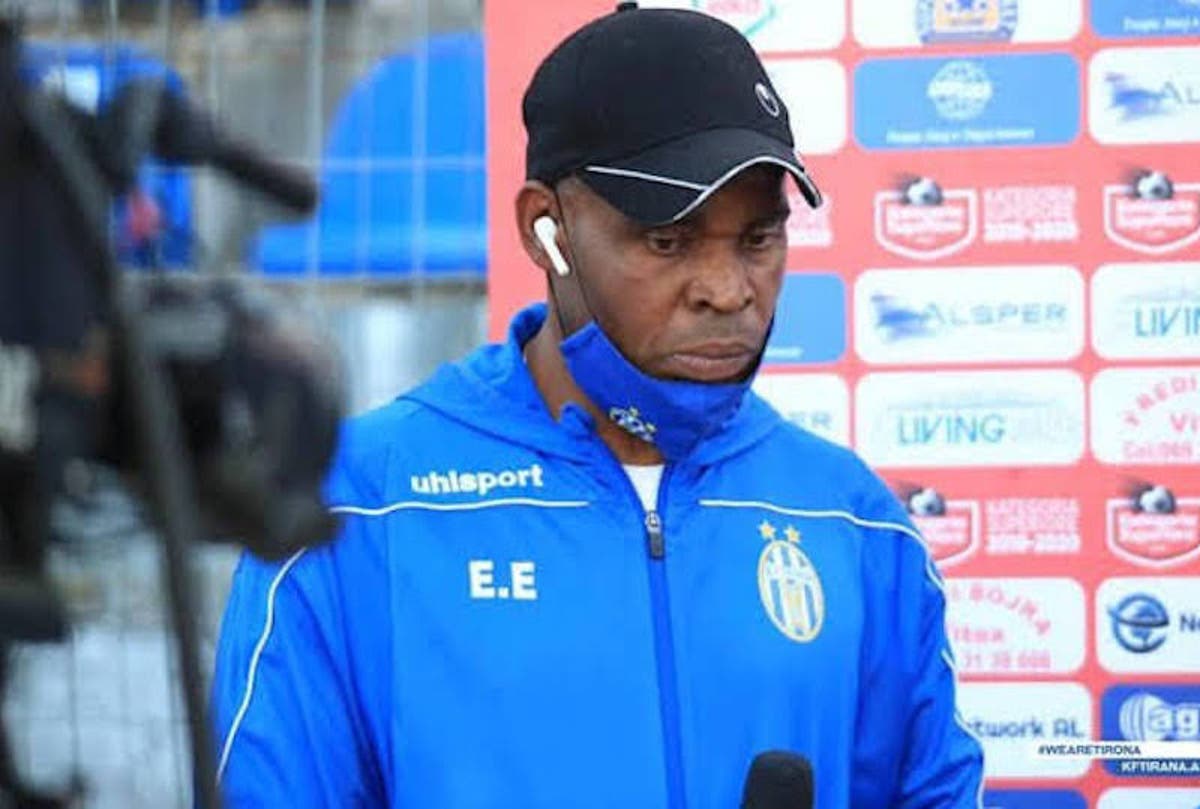 Nigerian Ex-international, Emmanuel Ndubuisi Egbo, has become the first Nigerian manager to lead a topflight European based club side to a league title.

The victory meant that FK Tirana would end the season as the number one team in the Albanian League and thus securing a place in next season’s Champions League qualifying stages.

The league triumph will be their first in more than a decade, this being their 25th title since the establishment of the football club which is one of the most successful Albanian teams.

After his team sealed the title, Egbo was quick to praise the contribution of his players as well as his backroom staff to the club’s success.

His words: “I am pleased with all the players who have brought the team here where it is”.

The 46 years old former super eagles goalkeeper is on course to make history if he is able to lead his side to a domestic double on Saturday, August 2nd, when the club faces Teuta Durres in the Domestic Cup final.

Victory for Egbo’s team would be a veritable way to celebrate the club’s 100th year anniversary.