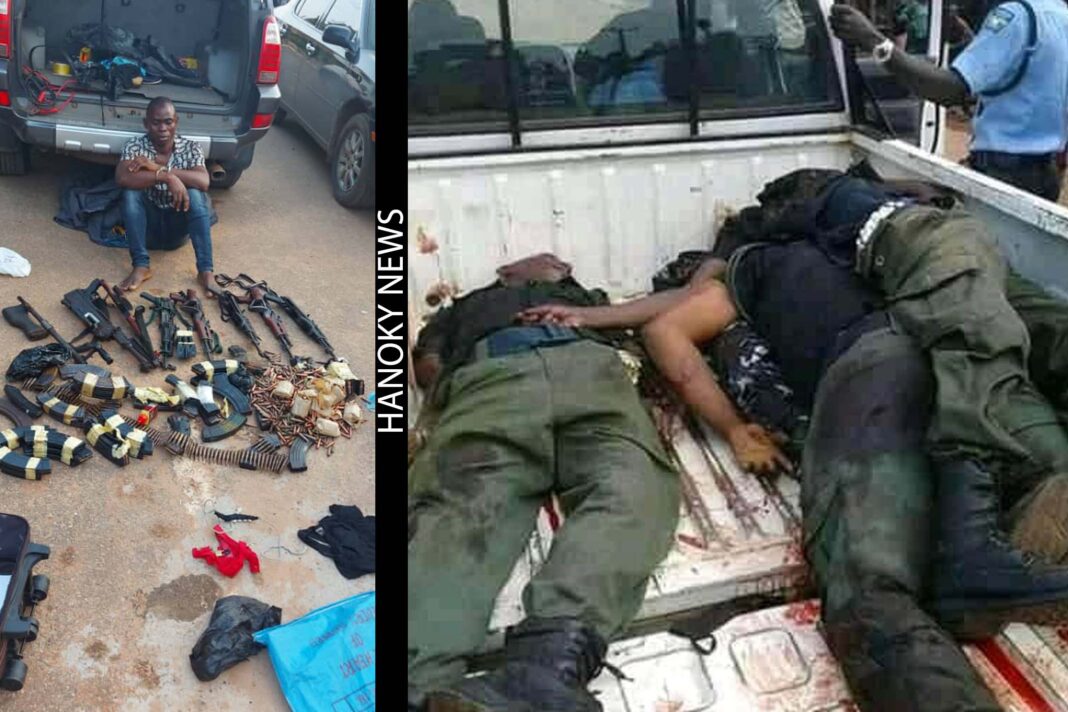 In a swift response to the death of four police officers resulting from a failed bullion van robbery on 29th July 2020 in Ohaukwu LGA, Ebonyi State, the Nigerian Police Force has announced the arrest of the armed robbers.

The hoodlums were arrested on 1st August 2020 in Asaba, Delta State by a combined team of IRT Detectives and Technical Intelligence Unit from the Force Headquarters, Abuja.

Among the seven captured suspects were serving and dismissed members of the Nigerian Army.

One Cpl Emeka Harrison, 03NA/ 53, aged 33, a dismissed soldier who was dismissed in 2015, and until his dismissal was attached to 7th Div Garrison, Maiduguri Borno State, a native of Nsukka in Nsukka East LGA of Enugu State.

One Alfred Robinson, aged 45, a native of Gelegele Town in Ovia North LGA of Edo State and One Sunday Soyemu a.k.a Sunny, aged 46, a native of Alegnene in Ekeremor LGA of Bayelsa state.

One Sunday Soyemu a.k.a Sunny, aged 46, a native of Alegnene in Ekeremor LGA of Bayelsa state, Cpl Emeka Harrison, 03NA/ 53, aged 33, who was dismissed from the army in 2015, and until his dismissal was attached to 7th Div Garrison, Maiduguri Borno State, a native of Nsukka in Nsukka East LGA of Enugu State.

One Emeka Illo, aged 37, a native of Igwachi Community in Oji River LGA of Enugu State. He is allegedly the sponsor of the attack and resides at FH Estate, Kubwa, FCT in Abuja.

One Abuchi Elijah a.k.a Chime d Mosquito”, aged 27, and a native of Isisalangwa in Isialangwa LGA of Abia State. He is the alleged informant to the Abakaliki/Awka recharge card robbery operation and resides at Bonsac Area of Asaba in Delta State.

It was gathered that the armed robbers were planning another bank robbery in Asaba, Delta State before they were apprehended by the Nigerian Police Force. Items recovered from them include; TOYOTA 4 RUNNER JEEP with Reg no AAA 561 FV (NASSARAWA STATE), ONE GPMG RIFFLE WITH ONE HUNDRED AND FIFTY-THREE (153) ROUNDS OF LIVES AMMUNITIONS, FIVE (5) AK 47 RIFFLES WITH ONE THOUSAND FOUR HUNDRED AND TWO(1402) ROUNDS OF LIVES AMMUNITIONS, ONE K2 RIFFLE WITH LOADED MAGAZINE, FIFTY-ONE (51) AK 47 MAGAZINES, TWELVE (12) LOCALLY MADE BOMBS (UNEXPLODED), ONE KPT POWER TOOL 230MM  ANGLE GRINDER, FOUR (4) DIFFERENT PREPARED CHARMS AND A LEXUS 350 JEEP with REG NO  AGL 267 FN (LAGOS)

Upon interrogation, the suspects confessed to the crime.

They also confessed that 4 out of the recovered rifles belonged to the four policemen whom they killed in Ebonyi.

The suspects are also assisting the police to arrest other gang members that were involved in the attack. 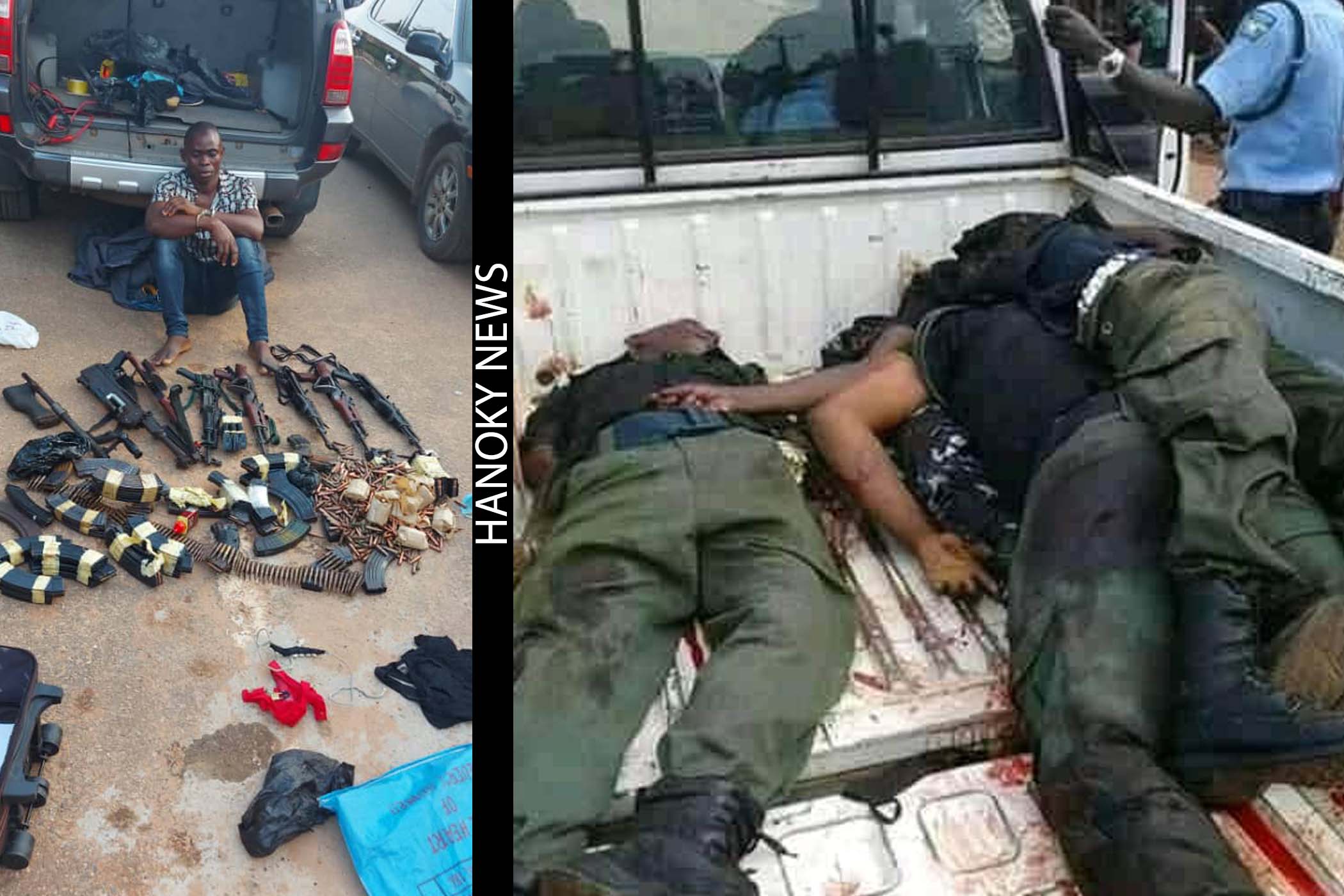