Champions League Finally Back with Quaterfinal and Semifinal draws 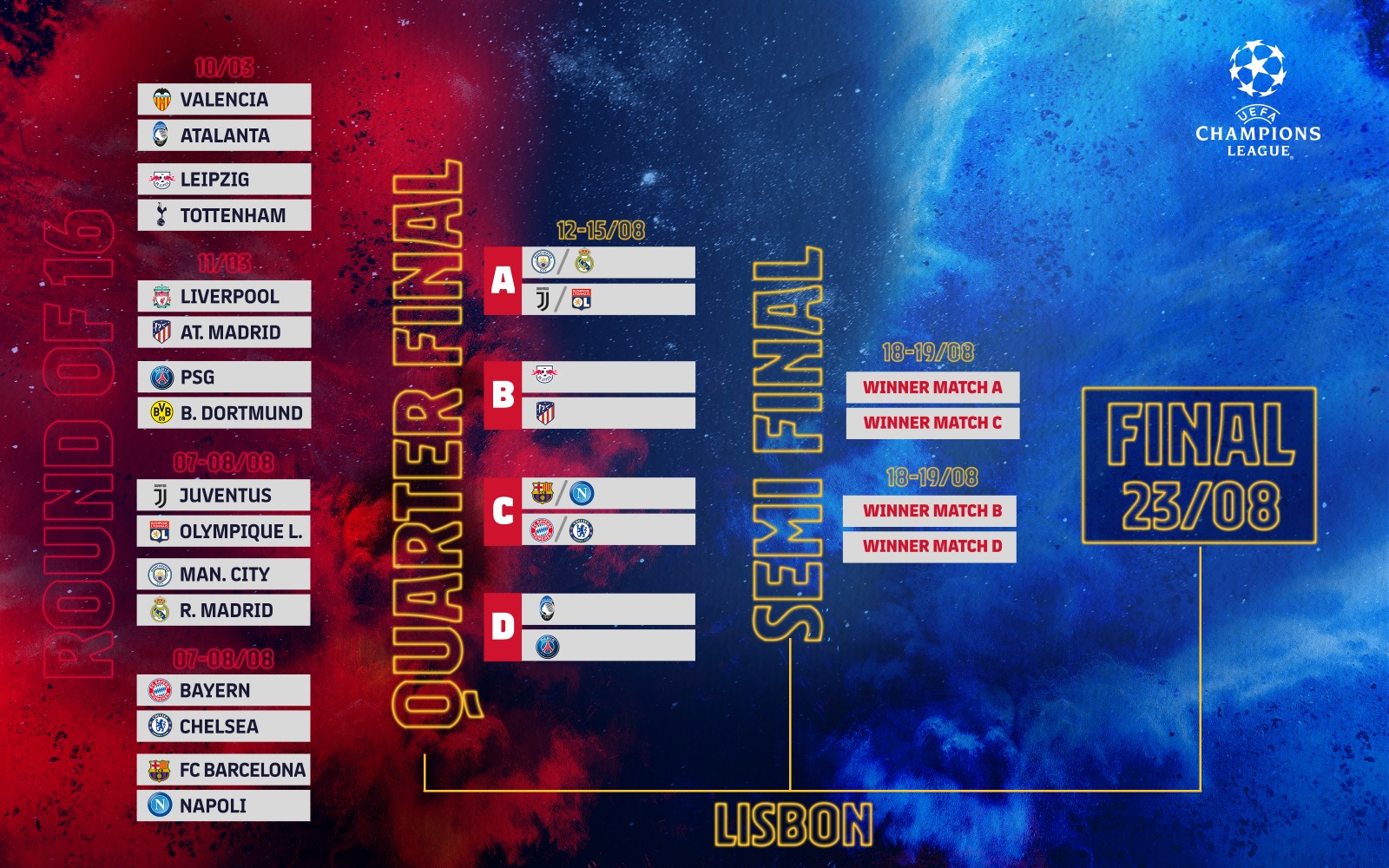 After more than four months of interregnum, the UEFA Champions League would continue on August 7th, 2020 with UEFA announcing new dates as well as some significant changes in the competition rules.

It should be recalled that the competition was abandoned at the round of 16th stage earlier in the year with some teams still to play the second of the two-legged round of 16th. However, UEFA on Friday announced the quarterfinal and semifinal draws for this season’s Europe Elites competition at their headquarters in Nyon, Switzerland.

Yesterday, UFEA announced that the second leg of the remaining round of 16 games, which were abandoned in March due to the Coronavirus, will now be played behind closed doors at their original venues between the 7th and 8th of August.

The second legs of the round of 16th:

When the remaining rounds of the16th games are played, the tournament will switch to a one-leg fixture mini-tournament, all of which will be played behind closed doors in Lisbon the Portuguese capital city.

The competition will be concluded within an 11 day period from 12th to 23rd August, with the semifinals and quarterfinals games set to take place at either the Estadio Jose Alvalade (the home ground of Sporting Lisbon) or at the Estadio Da Luz (home of Benfica).

The draws for the quarterfinal and semifinal of the UEFA Champions’ League are as follows;
Full quarterfinal draw: