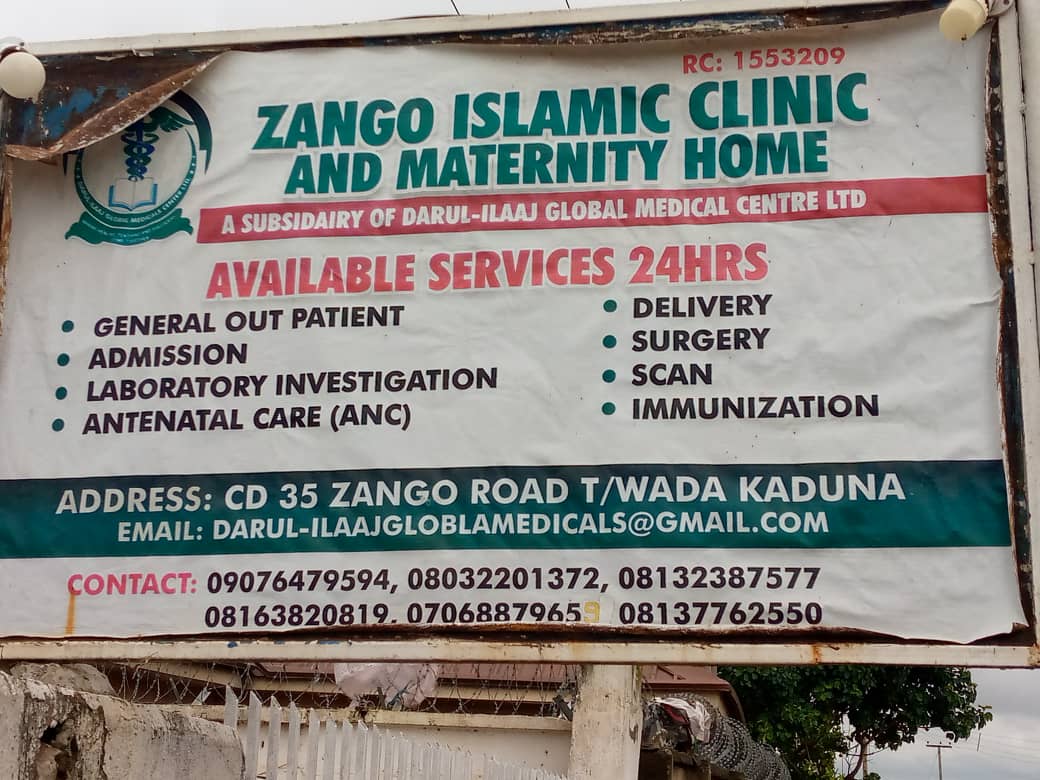 Kaduna State Government has sealed off the Zango Islamic Clinic and Maternity Home for operating without a licence.

The Hospital located along Zango Road in Tudun Wada, Kaduna South Local Government Area, was sealed off by a combined team of the Ministry of Health, the State Health Establishment Committee and the National Association of Nigerian Nurses and Midwives. 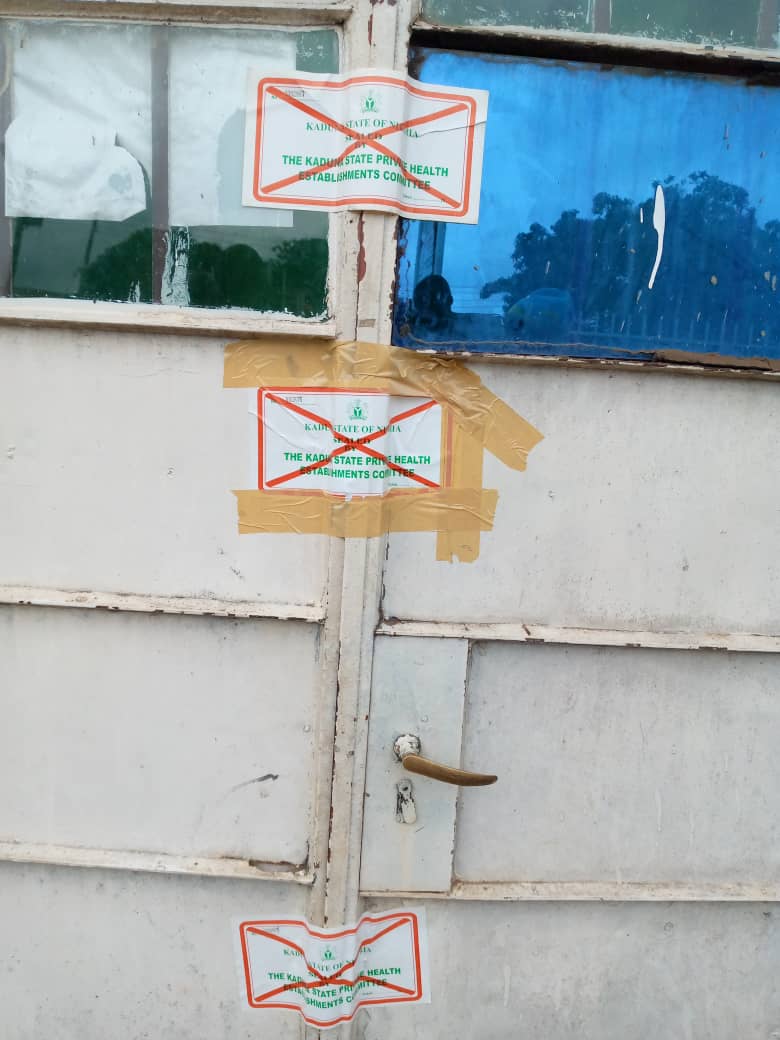 Speaking to journalists after the seal off, Salihatu Aminu, the Director, Nursing and Midwifery, Kaduna State Ministry of Health said there was an advert that went viral on social media, calling for applications from interested applicants to undergo a one-year training as Nurses and Traditional Birth attendants.

“Our attention was drawn to the advert on the 20th and 21st of August 2020. We went to the clinic and could not find anything that looked like a nursing training school, rather, we were greeted by a building that was being used as a clinic.”

“The staff we met were unqualified and were even parading themselves as Nurses and Doctors.”

“We were left with no option than to seal off the premises”, She said.

In support, the Secretary, National Association of Nigerian Nurses and Midwives, Comrade Christiana Bawa said that the National Headquarters of the Association drew the attention of the Kaduna State Chapter to the advert, querying how a training programme spanning three to five years could be completed in just a year.

His words, “We contacted the Ministry of Health and investigations revealed that there was nothing like a training school at the address on the advert, rather, what they had was a clinic.”

“There are requirements for the establishment of a Nursing training school and we will ensure that the regulations are adhered to.”

“We are here to save the lives of the Zango Community which has been subjected to quack treatment by the owners of the unregistered clinic,” He said.

The Secretary, Private Health Establishment, Aliyu Bala Shehu said the clinic breached the laid down rules and regulations and warned residents to desist from patronising unaccredited facilities because they are death houses that must be avoided.

Previous articleImo State Govt promises support to Pilgrims
Next articleNotorious bandit surrenders self to Army in Zamfara, as troops break even
- Advertisement -